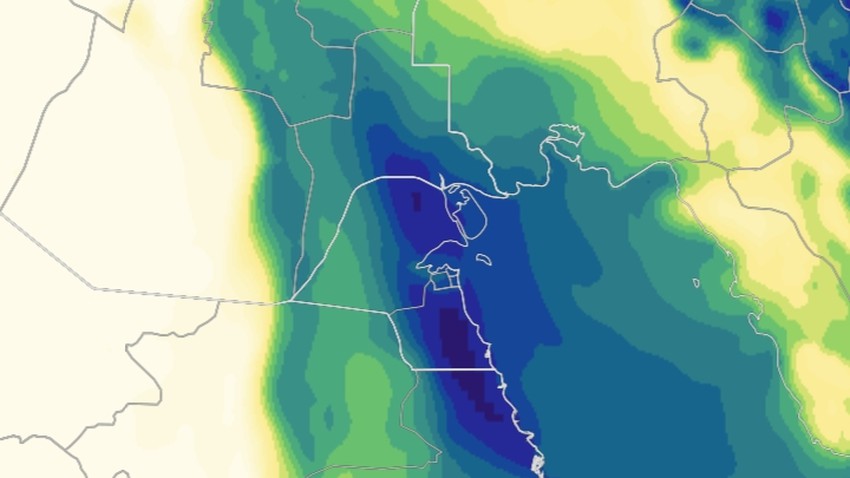 Weather of Arabia - After God's will, Kuwait is affected from Thursday and during the weekend by very humid southeast winds coming from the Arabian Gulf, with light to moderate intensity, and sometimes active, especially on Thursday.

As a result of the humid winds, the measured temperatures decrease to be between the mid-to-late thirties in the coastal areas and their environs, but remain in the forties levels in the interior regions, and as a result of the increase in surface humidity, the tangible temperatures (that the human body feels) rise significantly and the weather is very hot and suffocating in all regions.

Very hot and humid nights in the coming country

It is expected that the weather will be severe in all regions during the night hours during the weekend, and the humidity levels will rise significantly to exceed 90%, especially in the coastal areas, where the weather is stifling and very annoying.