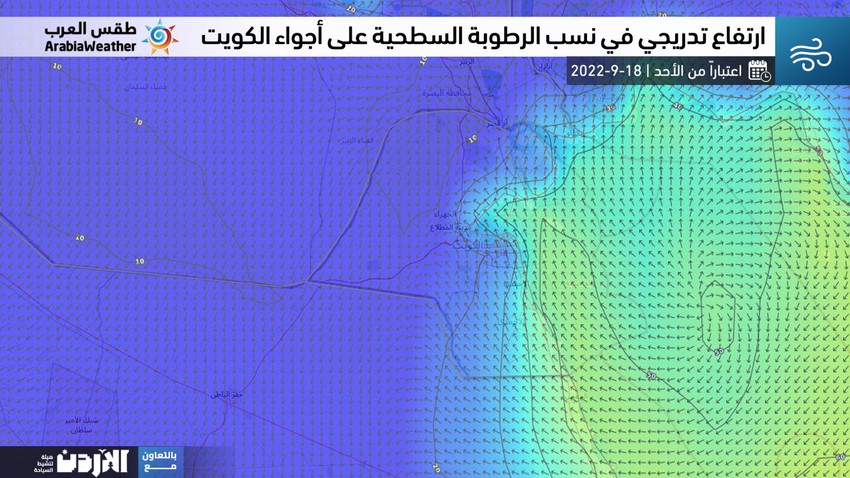 Arab Weather - Weather maps show expectations of a decrease in the speed of the "northwest" winds over the State of Kuwait during the coming days, and the winds will gradually shift to northeast and southeasterly on the coastal areas of the country and cause a gradual rise in surface moisture levels in the atmosphere, especially during the night hours.

In the details, it is expected that the "recorded" temperatures will tend to decrease slightly in the coming days, becoming lower than their usual rates for this time of the year, with the weather remaining hot to very hot in general during the day in all regions and becoming relatively humid in coastal areas. The maximum temperatures range between 34 and 43 degrees Celsius. 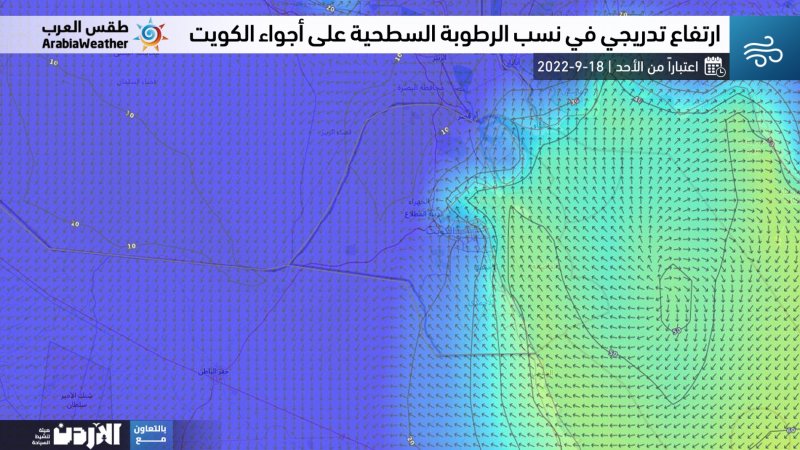 As for the night hours, the weather will be relatively hot at night, with a gradual rise in surface humidity levels on the coastal areas during the coming days, and the winds will be southwesterly with light speed on the western regions, while they will be southeast to northeast on the coastal areas with a “suffocating” atmosphere. in those areas.