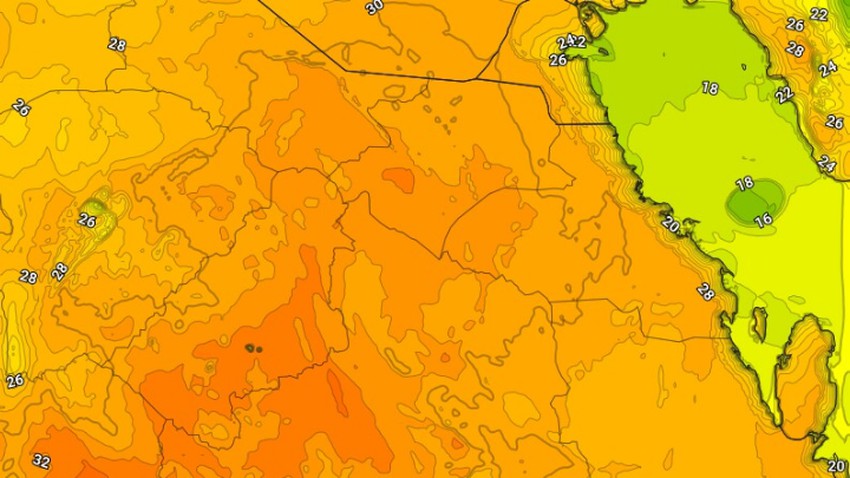 Arab weather - God willing, it is expected that there will be a further rise in temperatures to remain above their rates for this time of the year on Thursday. interior.

And gradually appear clouds at medium and high altitudes, especially in the afternoon hours.

The wind will be southeasterly, moderate in speed, sometimes active in some areas, especially the western areas.

There is another rise in night temperatures compared to the previous nights, and the weather is less cold in all regions at night, when the dawn temperatures are around 17 degrees Celsius in the capital, Kuwait, coinciding with a rise in surface humidity.

Clouds continue to appear at medium and high altitudes, with their quantities increasing, as there is a weak possibility of local showers of rain over limited parts.

The winds will be southeasterly moderate at speed above, sometimes active over some areas.