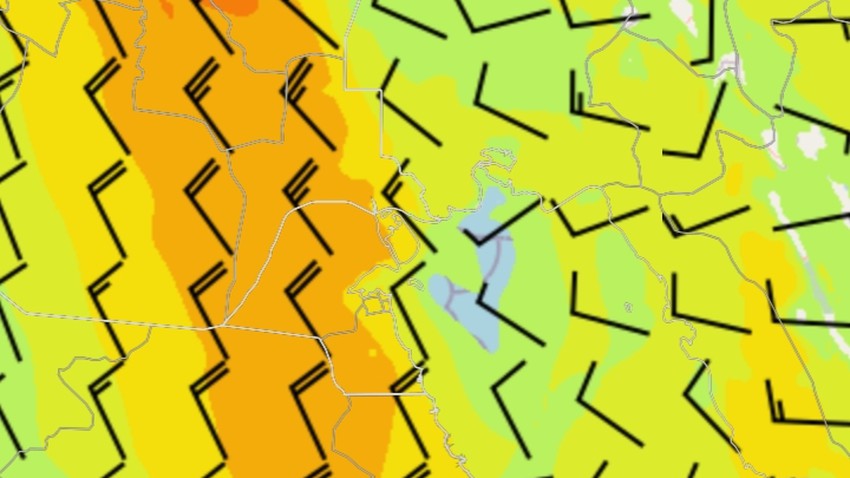 Arab weather - God willing, another rise in degrees is expected on Thursday to become slightly higher for this time of the year, and the weather will be very hot in all regions, especially in the interior of the country.

Maximum temperatures exceed the mid-forties of degrees Celsius in many areas, including the interior of Kuwait City, and touch the end of the forties in some interior regions, especially the northern ones.

Winds will be northwesterly active at speed, and they are accompanied by strong gusts that touch the 70 km/h barrier during the noon hours. They raise dust and the occurrence of the creeping sand phenomenon on the external roads, and also works to move dust waves transmitted from southern Iraq, which causes a noticeable decrease in the range of visibility. The active winds cause waves on the shores of Kuwait City to rise to about a meter.

There is an increase in nighttime temperatures compared to the previous night, and the weather is hot to very hot in all areas, especially in the interior.

The winds will be northwesterly moderate to brisk, accompanied by strong gusts sometimes, especially at the beginning of the night, and they are loaded with dust and dust so that the weather remains dusty to varying degrees.