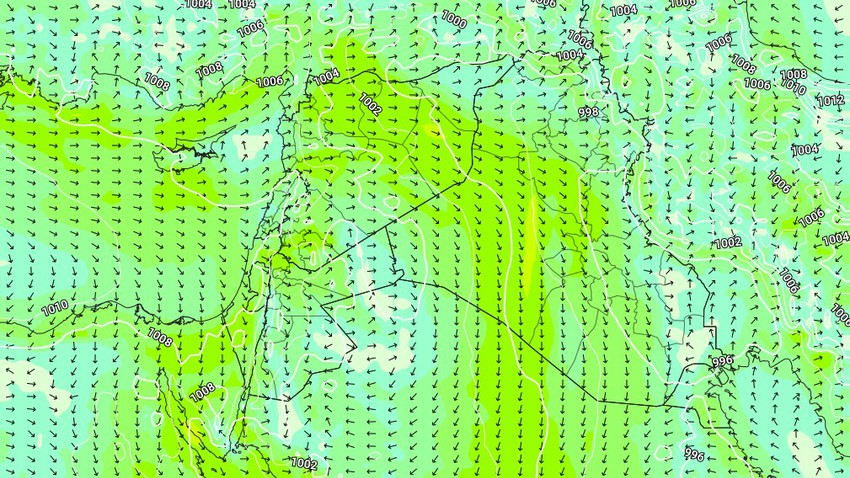 Weather of Arabia - A clear intensification of the very hot air mass that accompanies the extension of India's seasonal low occurs, so there is a further rise in temperatures, and the weather is very hot and exhausting in all regions.

Temperatures are recording record values approaching 50 degrees Celsius, especially in the northern regions, with the appearance of clouds at medium and high altitudes.

Winds will be northwesterly to southeasterly, light to moderate in speed, accompanied by occasional active flashes in some areas.

Noisy and stifling weather at night

There is an increase in night temperatures compared to the previous nights, and the weather in the night hours is very hot in all regions, especially in the hours of the first part of the night, and the winds are south to southwesterly light to moderate in speed.

Avoid long and direct exposure to the sun to avoid heat stroke and heat stress.
Drink enough fluids regularly.
Attention to the risk of an increase in the proportion of dust and dust in the atmosphere and its impact on respiratory patients.

Kuwait - update at 02.45 pm | The dust wave continues, and more dust-laden winds are coming in the coming hours