Kuwait: The state was affected by the state of atmospheric instability and rain in various regions on Tuesday 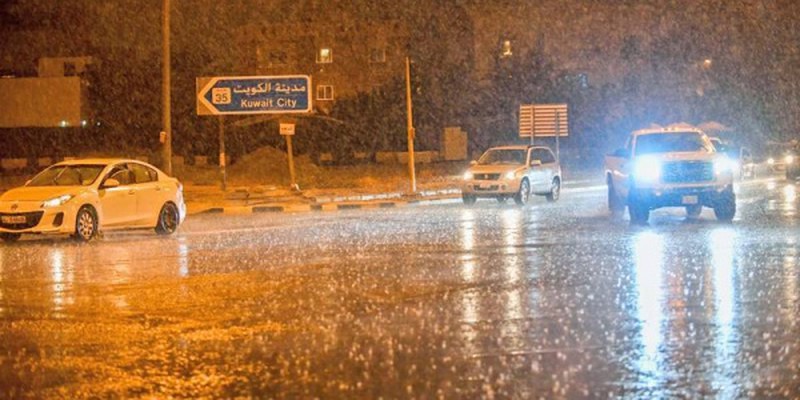 Weather of Arabia - The latest weather maps, resulting from the so-called computer simulation, indicate expectations that Kuwait will be more affected by the evening and night of Monday/Tuesday and Tuesday by the state of atmospheric instability; As a result of the approach of cold air in the upper layers of the atmosphere to the atmosphere of the country and the deepening of the Red Sea depression, which leads to the multiplication of quantities of cumulus clouds and precipitation of varying intensity in different regions and may be accompanied by the occurrence of thunder sometimes, God willing.

And in the details, it is expected that the weather will be pleasant in most regions tonight (Monday / Tuesday), and quantities of clouds will gradually multiply at different heights, and rain will fall, starting from the southern and western regions, and gradually spreading to the rest of the regions, and these rains will be light to medium in Most of them, and it is not excluded that they are abundant in narrow geographical ranges. 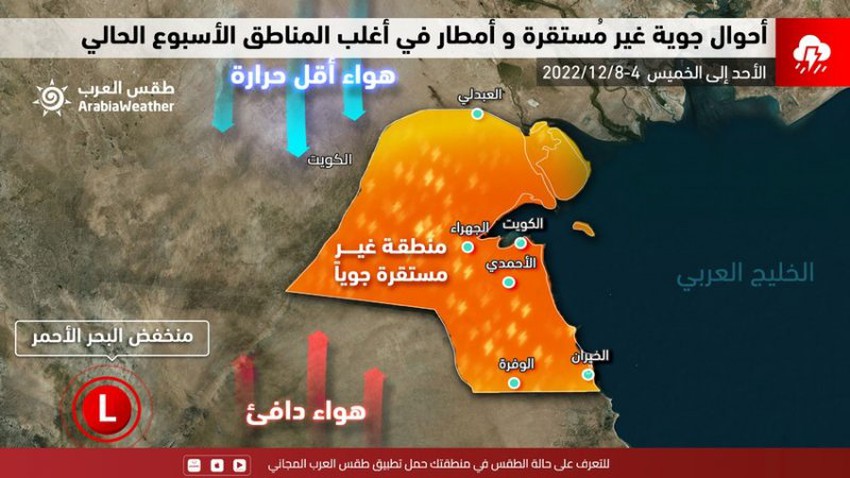 And according to the same maps, temperatures are expected to drop in all regions on Tuesday, and the weather will be partly cloudy to cloudy and rainy in several parts of the country, and this rain will be heavy at times, especially in the southern parts, with the possibility of a rise in the water level in the streets in some places. The regions are also accompanied by the occurrence of thunder at times, and the winds are northwesterly to northeasterly, moderate in speed, active during the passage of thunderclouds.