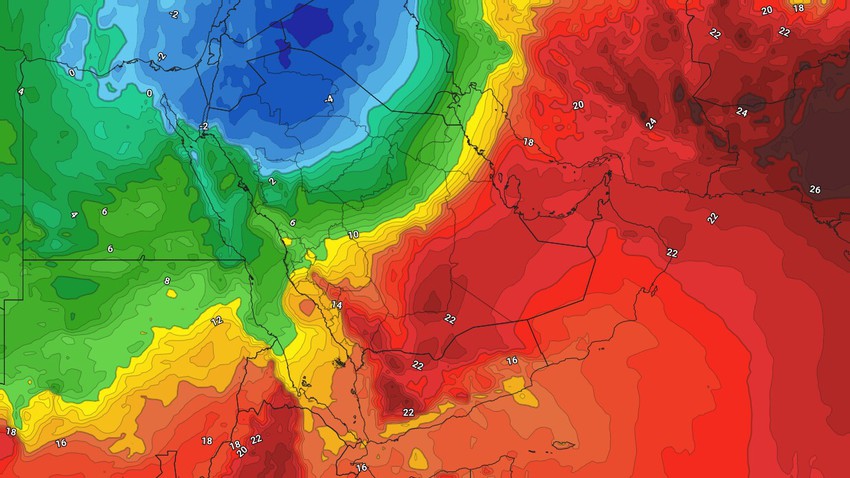 Arab weather - It is expected, God willing, that there will be a rise in temperatures to become around slightly less than their rates for this time of the year, and temperatures exceed the mid-twenties Celsius in some interior regions.

The weather is moderate in the coastal areas, warm in the rest of the regions, with the appearance of clouds at different altitudes, and showers of rain are possible in some areas, sometimes thunderstorms.

The wind will be northeasterly, light to moderate, active at times over some areas.

Cold air mass rushing to Kuwait on Tuesday/Wednesday night, and noticeable activity on the winds

A cold air mass coming through Iraq is gradually approaching Kuwait on Tuesday/Wednesday night, so there has been a noticeable decrease in night temperatures compared to the previous nights, and the weather will be cold in all regions during the night hours.

The amount of clouds increases, and the opportunity remains prepared for local showers of rain in limited parts.

The winds will be northwesterly, increasing in speed to become moderate to brisk, accompanied by strong gusts at times, especially with the late night hours, and they are laden with dust and dust, and the waves near the beaches are turbulent to more than a meter in height.