Kuwait - update at 02.45 pm | The dust wave continues, and more dust-laden winds are coming in the coming hours 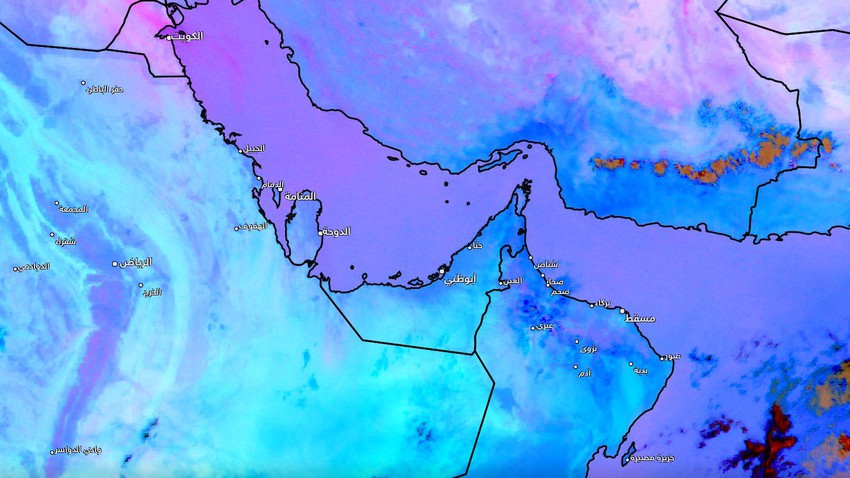 Arab Weather - The latest satellite images operated by the Air Operations Department at the Arab Regional Weather Center indicate that the State of Kuwait is still affected by the dusty wave, as horizontal visibility continues to be low in all Kuwaiti regions.

It is expected, God willing, that in the coming hours, more winds laden with dust will move from southern Iraq towards the airspace of Kuwait, so that the weather will continue to be dusty at varying rates during the coming hours.

Reducing wind speed at night as the weather remains dusty

There is a decline in the speed of the northwest winds during the night hours, while they remain moderate to active at times, so that the weather continues to be dusty at varying rates according to the region during the night hours of Sunday / Monday, God willing.
The Arab Weather website advises respiratory and eye patients to take the necessary precautions to avoid complications, God forbid. It also warns drivers to pay attention while walking on the roads due to the low level of horizontal visibility.
It is worth noting that the Arab Regional Weather Center issued special alerts yesterday regarding the dusty weather in Kuwait today.
Watch live satellite images from here
God knows.
This article was written originally in Arabic and is translated using a 3rd party automated service. ArabiaWeather is not responsible for any grammatical errors whatsoever.