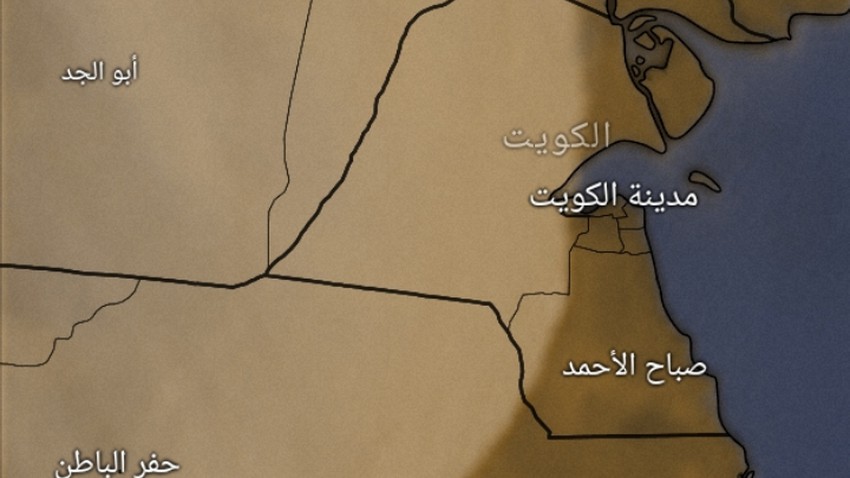 Arab weather - As expected, the dense dust wave penetrated more towards the interior of Kuwait and now covers large parts of the country, and according to satellite images captured now, the dusty wave wall is preparing to enter Kuwait City after a short time from now, and then the dust will move towards the rest of the country. Regions.

The Arab Weather website warns of the danger of an increase in dust levels and its impact on the horizontal visibility in the capital, Kuwait, and the rest of the regions during the next few period.