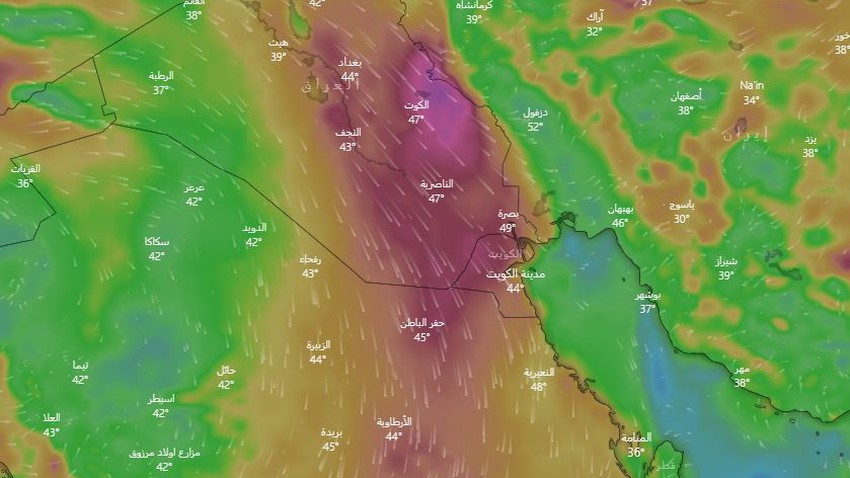 Arab Weather - Weather maps show expectations of continuation of very hot weather over all regions of Kuwait during the coming days, coinciding with daily activity in the speed of northwest winds that raise dust and dust in some areas.

As a result of the positioning of a hot and dry air mass over most regions of the Arabian Peninsula, especially the eastern ones, leading to a deepening of the atmospheric depression, in conjunction with the flow of a less hot air mass over Iraq and northern Arabia, this leads to a large difference in the values of atmospheric pressure between those two regions, The distribution of air masses in this way results in active northwesterly winds, with strong gusts sometimes over all areas of Kuwait, which leads to a decrease in the range of horizontal visibility, especially in the wild and open areas.