Kuwait | Very hot weather on Tuesday, with the activity of northwesterly winds continuing 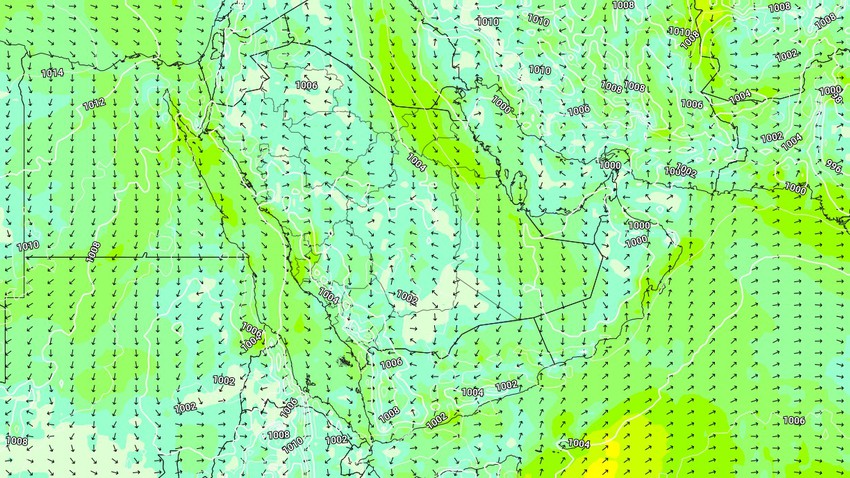 Arab weather - God willing, it is expected that there will be an additional rise in temperatures in various regions of Kuwait on Tuesday to be slightly higher than their rates for this time of the year, and the weather will be very hot in all regions, especially in the interior of the country.

Maximum temperatures are around the mid-forties of degrees Celsius in many of Kuwait's interior and open areas.

The winds are northwesterly, moderate in speed, active at times and are dusty and dust-laden, so that the weather gradually becomes dusty, especially in the western regions, with a decrease in the range of horizontal visibility.

Hot weather in many areas at night

Night temperatures remain high compared to previous nights, and the weather is hot during the night hours, especially in the interior.

Winds will be northwesterly moderate, and may be active at times in some areas, with the continued presence of dust in the atmosphere, especially in the west.