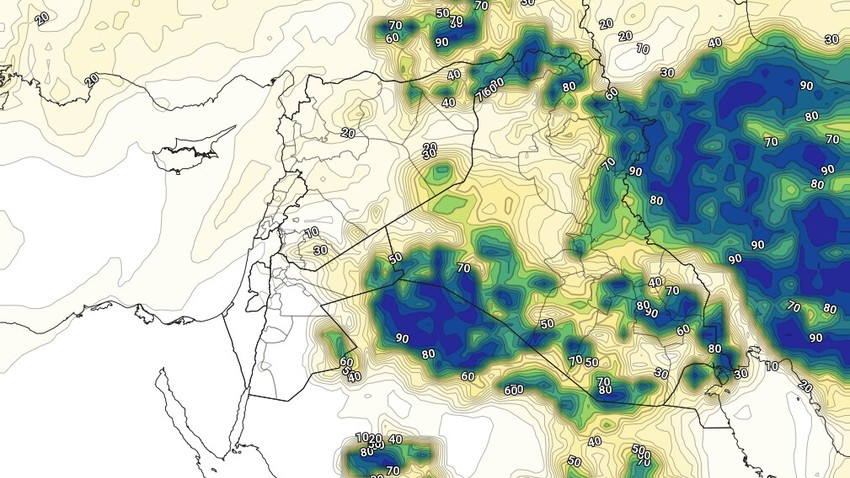 Arab weather - It is expected, God willing, that the extremely hot weather will continue over all regions during the hours of Wednesday, and temperatures will be at forty levels above most regions, with the appearance of some clouds at medium altitudes.

The winds will be northwesterly light to moderate in speed, active at times and stir up light dust, while they will be humid easterly on parts of the coastal areas, raising the humidity, which doubles the feeling of heat.

Temperatures around 37 degrees in Kuwait at night

The weather at night is hot and disturbing over all regions, and temperatures are around 37 degrees Celsius in the capital, Kuwait, during the midnight hours.

The wind will be westerly, light to moderate in speed, and may be active at times in some areas.