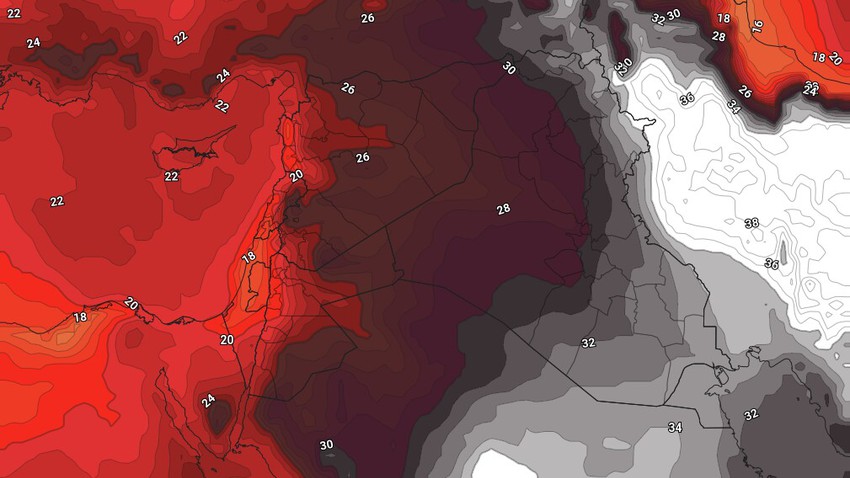 Arab weather - It is expected, God willing, that temperatures will rise again during the weekend, especially on Saturday, and the weather will be very hot in all regions, with temperatures approaching the end of forty degrees Celsius over parts of the northern regions, with the appearance of clouds at medium and high altitudes.

It is expected that moderate northwest winds will continue to blow during the weekend, gradually becoming active during the day to become active in speed and accompanied by strong flashes that sometimes cause dust and dust, especially on Friday, and are loaded with a percentage of dust as a result of their activity over Iraqi territory.

Very hot nights in all regions

According to the latest outputs received, the weather during the night hours during the weekend is very hot in all regions, and the temperatures with the late night hours are at the end of the thirty degrees Celsius.