Kuwait - Weekend | A drop in temperatures and chances of dust persisting 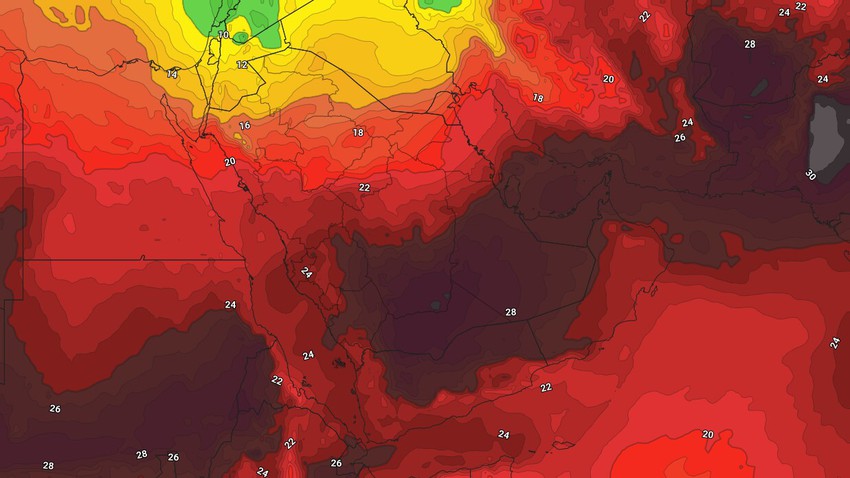 Arab Weather - The latest output of the numerical models processed by the Air Operations Department at the Arab Regional Weather Center indicates a decrease in temperatures, especially in the interior regions on Friday, but it remains below their rates for this time of the year, and the weather is hot in all regions with the appearance of clouds At different altitudes, northeasterly light to moderate winds blow, sometimes active over some areas, and turn in the evening hours to northwesterly moderate to active speed and the weather gradually turns to become dusty.

It is expected that most areas of Kuwait will record temperatures in the advanced thirties on Friday and Saturday, especially in the interior areas on Friday.

Another drop in temperatures Saturday

It is expected, God willing, that there will be a further decrease in temperatures on Saturday, to continue below their rates for this time of the year, and the weather will be relatively hot in many areas. Dusty in many areas.

Mild weather during the weekend nights

Temperatures drop in the night hours, and the weather during weekend nights is warm in all regions during the early hours of the night, but it tends to moderate at the late night hours and dawn, especially in the western regions.