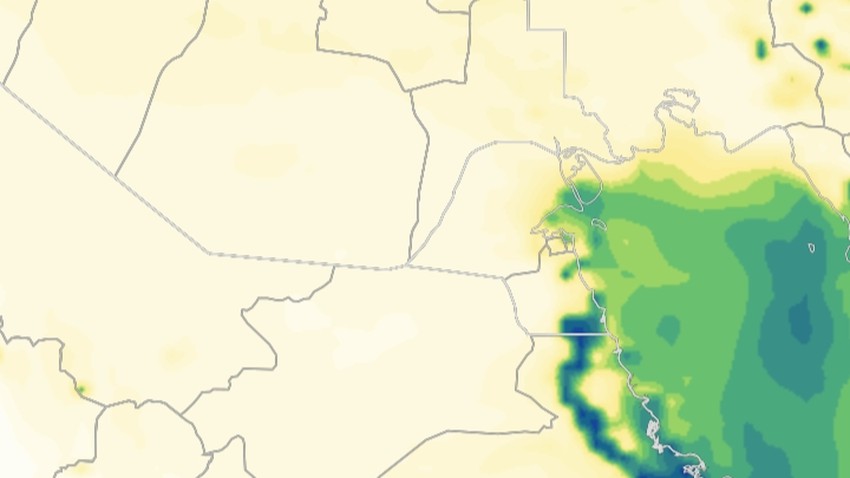 Arab Weather - The latest output of the numerical models processed by the Air Operations Department at the Arab Regional Weather Center indicates a slight rise in temperatures on Friday, but it remains below their rates for this time of the year, and the weather is very hot and annoying in many areas, especially in the regions coastal areas, coinciding with the appearance of clouds at medium and high altitudes.

It is expected, God willing, that there will be another rise in temperatures in various regions to be around slightly less than their rates for this time of the year on Saturday, and the weather will be very hot and annoying, especially in coastal areas, coinciding with the continued appearance of amounts of clouds at medium and high altitudes.

Night temperatures rise again, and the weather is hot and annoying in all areas during the night hours, especially in the coastal parts.

Temperatures in the mid-40s, especially Saturday

It is expected that the maximum temperatures will be around the mid-40s Celsius in many regions, especially the interior ones, and may exceed that in some parts, especially on Saturday.

Blowing of easterly winds that increase humidity in coastal areas

On Friday and Saturday, light to moderate southeasterly winds will blow over Kuwait, sometimes active in some areas. The easterly winds increase surface moisture levels in coastal areas, including Kuwait City, and the areas adjacent to the coasts, which increases the sense of heat significantly.