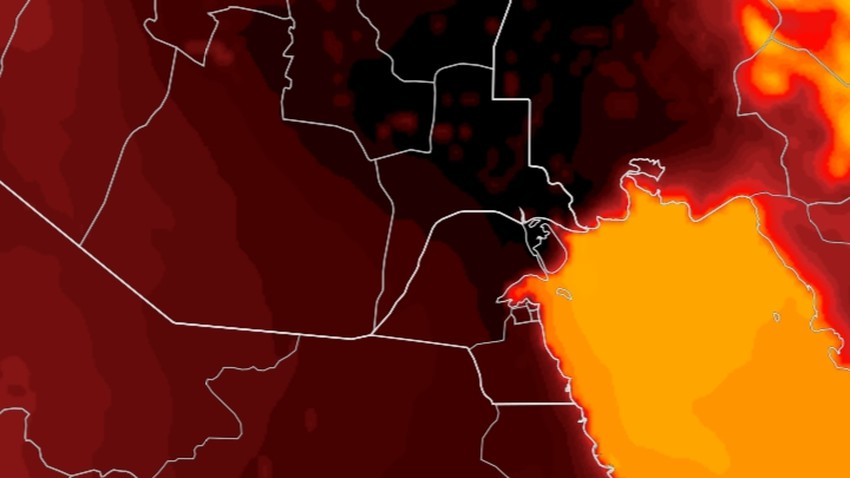 Arab Weather - The latest output of the numerical models processed by the Air Operations Department at the Arab Regional Weather Center indicates that Kuwait will continue to be affected on Friday by the very hot air mass, so temperatures remain higher than their rates on Friday, and the weather is very hot and annoying in many areas.

It is also not ruled out that fog will form during the dawn and early morning hours of Friday on some coastal areas and islands, gradually fading over time.

The winds will be southeasterly, humid on the coastal areas, and northwesterly moderate in speed over the interior areas, sometimes active.

Winds will be northwesterly, moderate in speed, active over time and raise dust and dust in desert and open areas.

Hot and noisy weather at night

Night temperatures remain high and the weather is hot to very hot and disturbing in all regions during the night hours, so that the temperatures are in the advanced thirties levels at the late night hours.