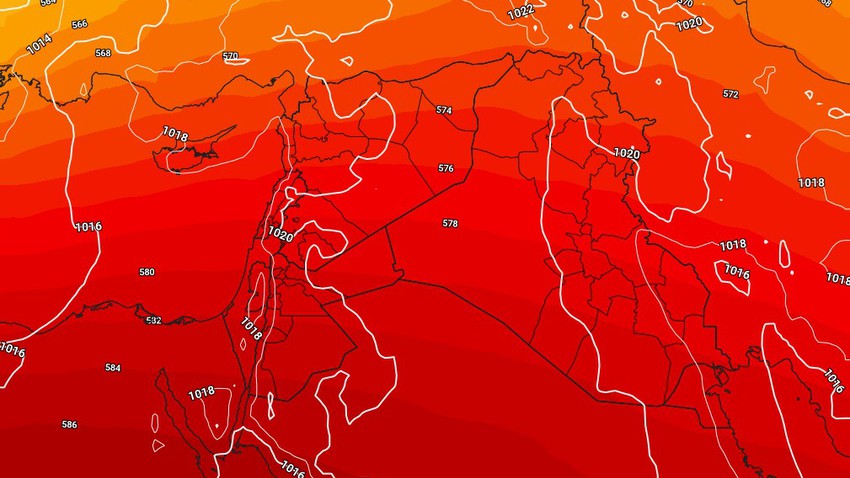 Weather of Arabia - The latest updates of the received numerical model outputs indicate that temperatures continue to be lower than their averages for this time of the year, and pleasant weather prevails in many areas, and temperatures are at twentieth levels above most areas during Friday and Saturday.

With the appearance of clouds at different heights over parts of Kuwait.

Cool to relatively cool and humid nights during the weekend

It is expected, God willing, that the weather during the night hours will tend to be cold to relatively cold over many areas during the late night hours.

The minimum temperature during the night hours ranges between 16-12 degrees Celsius in some areas, which requires wearing a coat when leaving the house.

Coinciding with an increase in surface moisture levels, the weather will be humid.

Wind blowing from the east to the northwest

Light to moderate east winds will blow over the country on Friday, working to raise the surface humidity and increase the sense of heat, turning to northwesterly moderate speed, sometimes active over some areas and causing dust and light dust on Saturday.