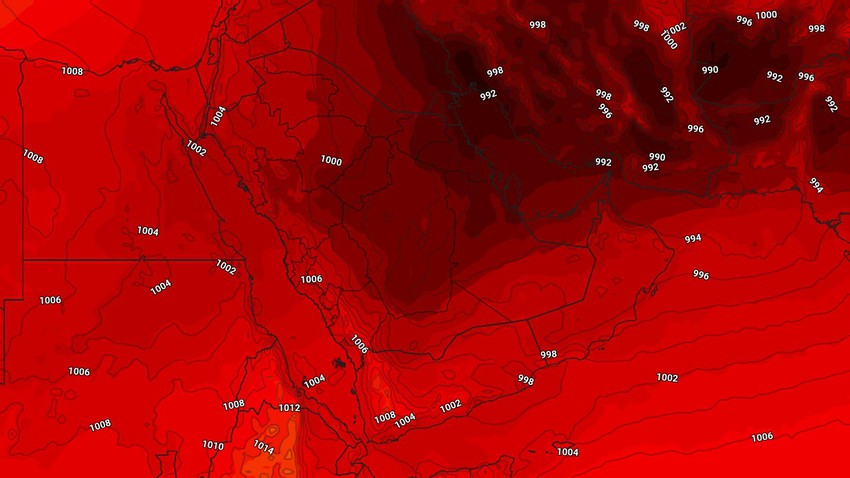 Arab Weather - The latest output of the numerical models processed by the Air Operations Department at the Arab Regional Weather Center indicates a slight rise in temperatures on Friday and Saturday (the day of Arafa and the first day of Eid al-Adha), but it remains lower than its rates for this time of the year, and the weather is Very hot and annoying in many areas, especially in the interior, coinciding with an increase in the proportion of dust in the atmosphere on Saturday, and the weather will be dusty to varying degrees.

Night temperatures remain high and the weather is hot and disturbing in all regions during the night hours, so that the temperatures are in the advanced thirty levels at the late night hours.

Temperatures in the mid-40s at the end of the week

It is expected that the maximum temperatures will be around the mid-40s Celsius in many regions, especially the interior ones, and may exceed that in some parts.