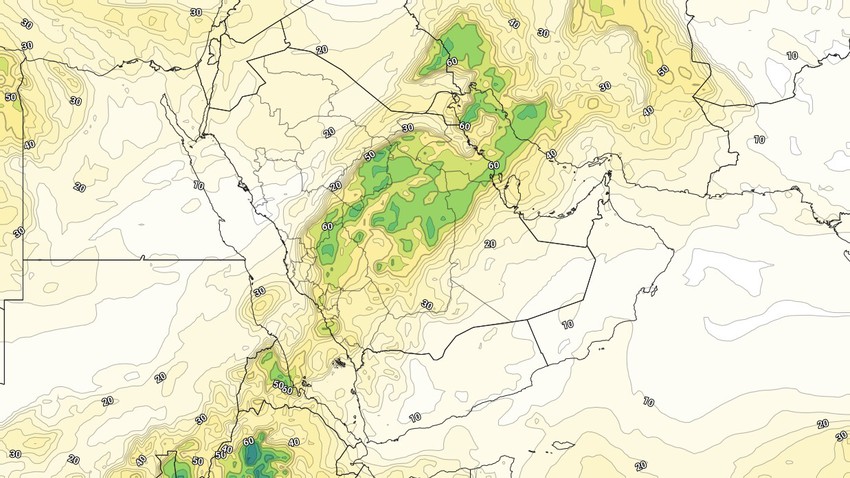 Arab Weather - The latest output of the numerical models processed by the Air Operations Department at the Arab Regional Weather Center indicates an increase in temperatures, especially in the interior regions, but it remains lower than its rates for this time of the year on Friday, and the weather is relatively hot to hot in all regions With the appearance of clouds at medium and high altitudes, northwest to northeasterly light to moderate winds blow, sometimes active over some areas.

Slight drop in temperatures Saturday in the interior

It is expected, God willing, that temperatures will tend to drop slightly on Saturday in the interior regions to be lower than their averages for this time of the year, and the weather will be relatively hot to hot in many areas with the appearance of clouds at medium and high altitudes, and there is a possibility of showers of rain in some areas It may be accompanied by the occurrence of thunder sometimes if it occurs, and blows northwest to northeasterly moderate winds, sometimes active in some internal and coastal areas.

Thirty degrees expected in many areas

On Friday and Saturday, most areas of Kuwait are expected to record temperatures in the early thirties, especially in the coastal areas, and may touch the mid-30s in parts of the interior, especially on Friday.

Temperatures drop and the weather during weekend nights is warm in all regions during the hours of the first part of the night.