Kuwait Weekly Bulletin | A blazing week is coming to the country, and temperatures are touching 50 degrees Celsius in some areas 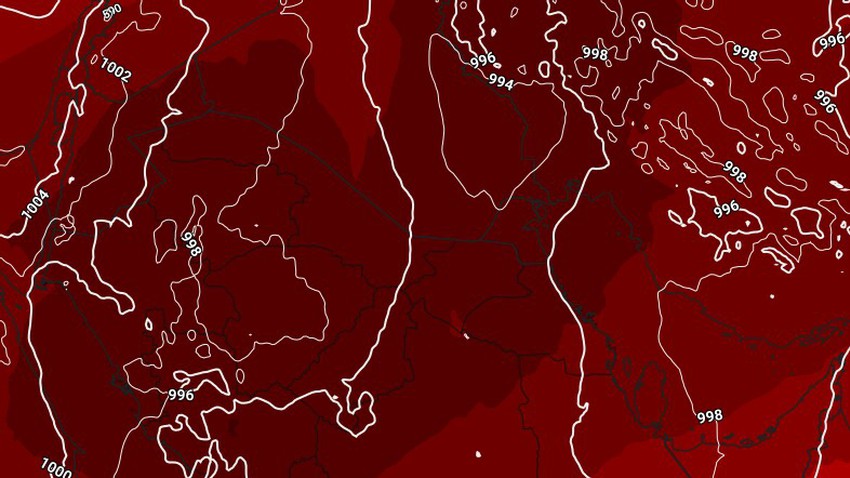 Arab Weather - The latest output of the numerical models processed by the Air Operations Department at the Arab Regional Weather Center indicates the increasing impact of the extremely hot air mass accompanying an air rise in the upper layers of the atmosphere, so that there is an increase in temperatures in various regions of Kuwait in the coming days, and very hot weather prevails. It is hot in most areas of the country, especially in the interior and desert areas, while the weather is humid in the coastal areas, which increases the feeling of heat during most days of the current week.

It is expected that northwesterly to east/southeasterly moderate winds will blow over Kuwait, especially in the coastal areas, sometimes active. The northwest winds will be hot and dry and cause dust and dust in some areas, while the easterly winds will be humid and increase the surface moisture levels.

Temperatures around 50 degrees in the interior

It is expected, God willing, that maximum temperatures of 50 degrees Celsius will be recorded in many of the interior and desert areas of Kuwait, especially those adjacent to the northern border areas in addition to the city of Jahra.

Nights are intense most of the time, especially in coastal areas