Kuwait Weekly Bulletin | Extremely hot weather most of the time, and an unprecedented intensification of the Al-Bawareh winds is observed 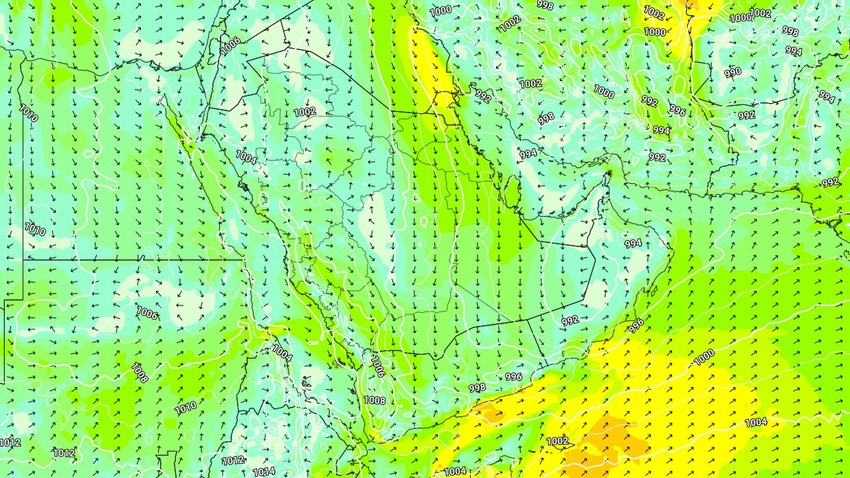 Arab Weather - The latest output of the numerical models processed by the Air Operations Department at the Arab Regional Weather Center indicates an increase in temperatures in various regions of Kuwait on Sunday, and very hot weather prevails in most regions of the country, especially in the interior parts, and there is a gradual increase in dust rates In the air, the weather becomes dusty to varying degrees, especially in the interior.

A little drop in the measured temperatures on Monday

There is a slight decrease in the measured temperatures on Monday, but the extremely hot weather continues in all regions, and there is a new rise in the proportion of dust in the atmosphere, especially in the interior regions of the country, where the weather is dusty with varying intensity according to the region.

The heat intensified Tuesday and the rest of the week

Temperatures tend to rise again from Tuesday and during the rest of the week due to the intensification of the influence of the very hot air mass, where the weather is generally exhausting and very hot, and generally very dusty.

Temperatures around 50 degrees Celsius, especially in the interior

Hot nights most of the time

Gradual and significant intensification of the wind speed of Al-Bawareh

It is expected that hot and dry northwesterly winds that will be moderate to brisk, accompanied by strong winds exceeding the 60 km/h barrier, will move dust waves transferred from Iraqi lands towards the country, so that they will gradually rise again, as from Sunday until the middle of the week. However, as of the second half of the week, the northwest winds intensify significantly to be active and accompanied by strong gusts that move waves of dense dust towards the interior and coastal areas of Kuwait, in addition to raising dust and dust locally amid a sharp decrease in the horizontal visibility, especially in areas interior.