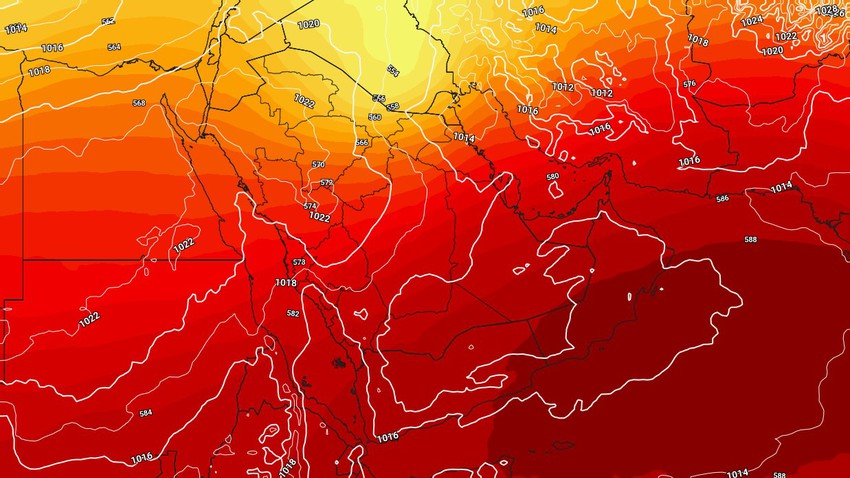 Weather of Arabia - The latest updates of the received numerical model outputs indicate a noticeable difference in temperatures in the coming days, and the weather will be relatively cold to cold in general with the appearance of clouds at different altitudes.

God willing, night temperatures are expected to rise compared to the previous nights, and the weather will be cold to very cold during the late night hours and dawn in most regions of the country.

The minimum temperatures during the night hours are around 7 degrees Celsius over large areas most nights, which requires reducing clothes when leaving the house and using heating methods.

Surface humidity levels also rise significantly in many areas during some nights, exceeding the 80% barrier in some areas, with a chance of fog forming sometimes in some parts.

It is expected, God willing, that winds will blow from different directions, northwesterly moderate to brisk at times, accompanied by strong gusts of dust and dust, especially in the middle of the week.

A state of unstable weather Monday

It is expected, God willing, that a cold air mass in the upper layers of the atmosphere will approach Kuwait on Monday, working on the gradual emergence of a state of atmospheric instability accompanied by the spread of clouds and scattered and random showers of rain.