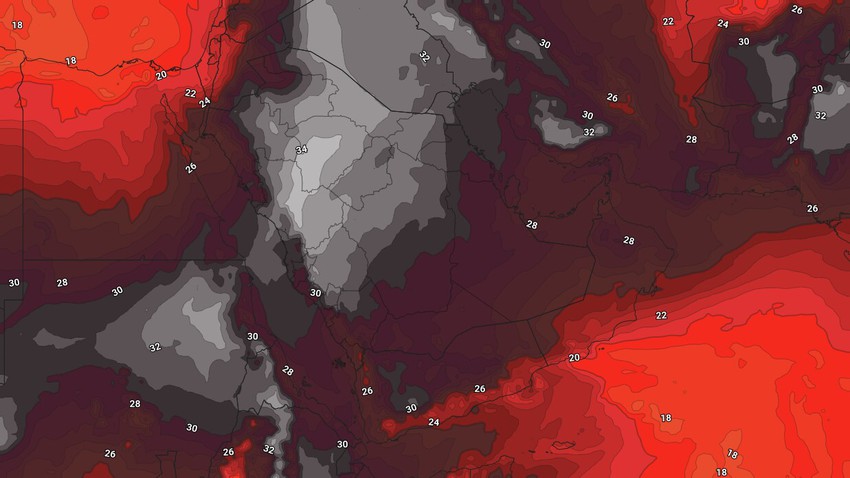 Arab Weather - The latest output of the numerical models processed by the Air Operations Department at the Arab Regional Weather Center indicates that Kuwait is increasingly affected by a hot to very hot air mass in the coming days, which will cause another rise in temperatures in various regions of Kuwait, and very hot and exhausting weather prevails in the majority of regions of the state, especially in the internal parts.

Maximum temperatures are forty in many areas, especially in the interior, and may touch the mid forties Celsius in some parts.

According to the initial indicators, Kuwait is increasingly affected by a hot to very hot air mass at the end of the week, and another rise in temperatures is occurring to reach advanced levels in the forties in many areas.

Hot weather at night for the next few days

Blowing winds on Monday and Tuesday

It is expected that active northwesterly winds accompanied by very strong gusts will blow on Mondays and Tuesdays (locally known as the Al-Bawareh winds), which will affect Kuwait with dust waves transmitted from Iraq, which will cause a significant decrease in the range of horizontal visibility, especially in the interior regions. Especially with the afternoon and evening hours.