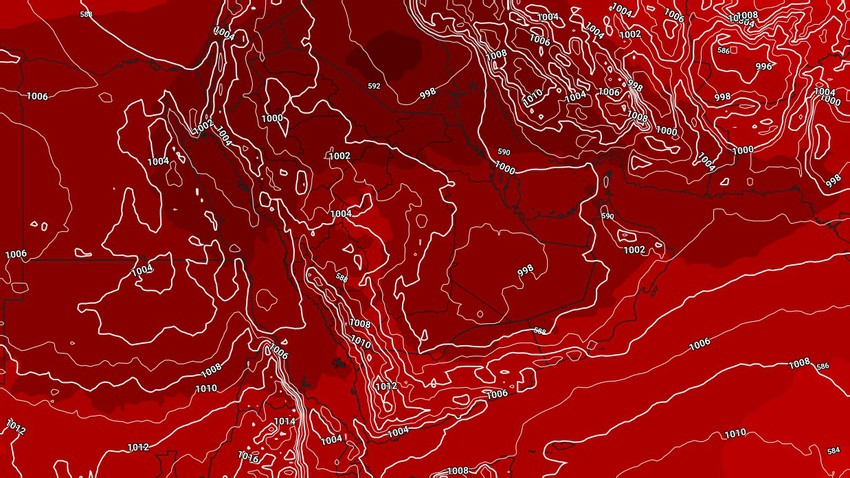 Arab Weather - The latest output of the numerical models processed by the Air Operations Department at the Arab Regional Weather Center indicates that the humid eastern winds will continue to affect Kuwait during the coming days, so that very hot and suffocating atmospheres prevail in most regions of the country, and the measured maximum temperatures are forty in many areas It may exceed the mid-forties in the interior, while the concrete is higher.

On Sunday, clouds will appear at medium and high altitudes, and the possibility of local showers of rain in separate geographical ranges, accompanied by the occurrence of lightning and thunder, and the activity of surface winds that raise dust and dust.

From the middle of the week until the end of the week, Kuwait is affected by a hotter air mass, so there is a clear rise in the measured maximum temperatures, especially in the interior regions, and the extremely hot and exhausting weather continues in general, amid expectations of recording temperatures that touch 50 degrees Celsius in many interior regions, including the city of Jahra.

At the same time, the coastal areas continue under the gusty winds, which increases the feeling of heat.

Eastern winds prevail most of the time

It is expected that the easterly to the southeast winds will prevail in the country most of the time, be light to moderate in speed, sometimes active and lead to an increase in surface humidity.