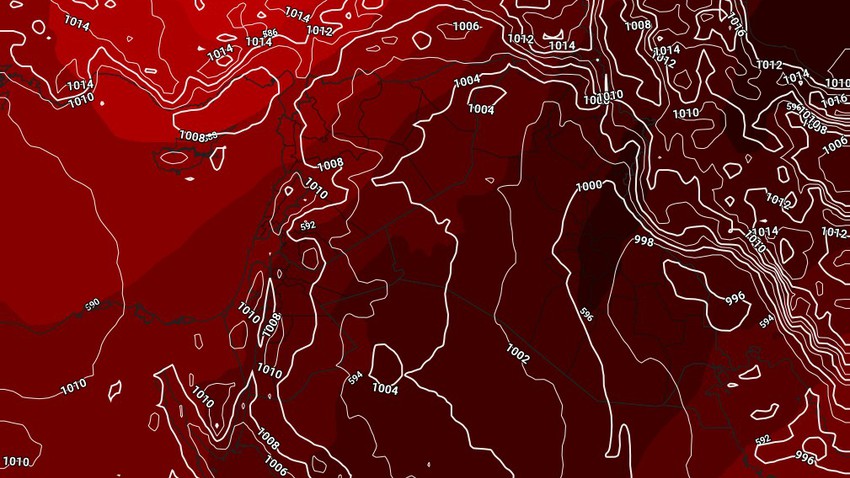 Arab weather - the latest outputs of the numerical models indicate the deepening of the influence of the seasonal India depression associated with a very hot air mass, as of Sunday, and its effect continues unevenly for the rest of the week, so that temperatures rise to close to half the boiling point (50 Celsius) over some areas Especially the northern ones, so that the weather is very hot and exhausting over all regions, with the appearance of clouds at high altitudes.

It is expected, God willing, that there will be a rise in night temperatures, especially at the beginning of the week, so that the weather will be hot and annoying even at night hours, and temperatures will be around 40 degrees Celsius in many areas, during the late night hours.

It is expected that northwesterly winds will continue throughout the week, and will be moderate to brisk, accompanied by strong flashes that cause dust and dust over many areas, especially in the first half of the week, and are loaded with a percentage of dust coming from Iraqi lands.