Learn about the city of Karak, the land of wondrous valleys and a fortified castle 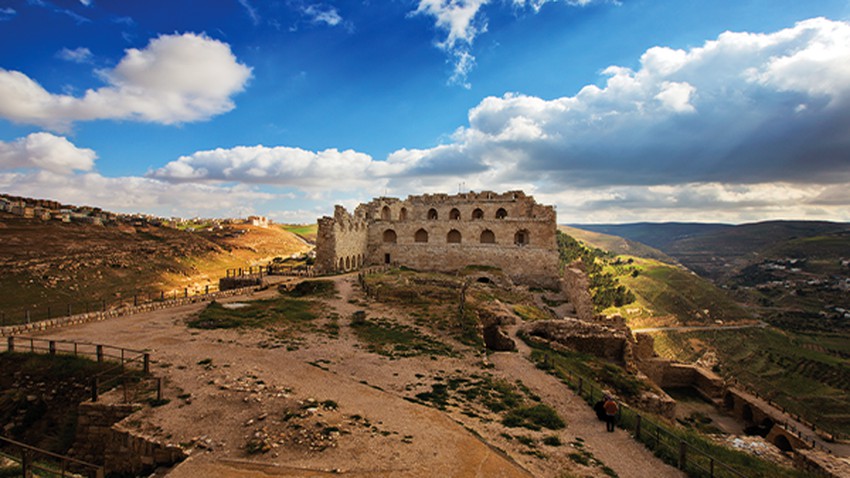 Weather of Arabia - On your journey across Jordan heading to Karak, and whether you are coming to it via the royal road in the east or across the Dead Sea in the west, as soon as your eyes catch a glimpse of the shadows of this fortified town and its majestic castle, you will realize the greatness of its position, and how it played a role in determining the fate of kings nations for a thousand years.

In this article, we will learn more about the Jordanian city of Karak and its most important landmarks.

The most important landmarks of the city of Karak

The city of Karak, Jordan, with its ancient history, embraces many monuments and amazing natural landmarks, as well as a large number of restored Ottoman places dating back to the nineteenth century, from buildings to restaurants and accommodation, and so on, but the majestic Karak Castle remains the most important and most prominent landmark of Karak.

Karak Castle's prestige almost overshadows its beauty, yet it shows us the architectural genius of the Crusader armies at the time. Karak Castle is a dark labyrinth of rocky catacombs and endless corridors, some of which are located below the ground, where it can be reached through a huge door.

You can walk around the balconies of the west front wall and take in the breathtaking view, but be careful while doing so.

On clear days, you can see the Dead Sea all the way to the Mount of Olives at the border of Bethlehem in Palestine.

Visitors can pass the castle square outside, where beautiful 19th century Ottoman buildings that were used for administrative purposes rise up and have been redesigned as a tourist center with a restaurant, handicraft center and other facilities around the central square.

The museum is located near the shrine in Karak and houses a collection of pieces representing Islamic culture and civilization, including sculptures, ceramics and coins.

The shrine of Prophet Noah

Visitors to the city of Karak can visit the shrine of the Prophet Noah, whose tomb is located near the old city. God sent the prophet Noah to his people to warn them of divine punishment if they continued to worship idols and ordered him to build an ark to protect himself from the coming flood.