Learn about the fall of Salalah..the autumn season in the height of summer 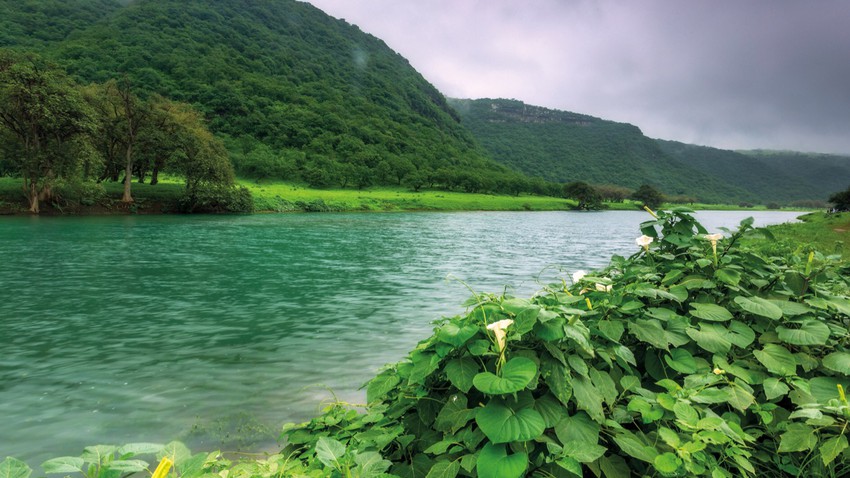 Weather of Arabia - Salalah is an Omani city in the Dhofar Governorate, characterized by a unique climatic phenomenon that transforms the entire region into a tropical paradise, where visitors to the city live in the autumn season in the summer, a green place surrounded by fog from all sides, so what is the cause of this climatic phenomenon that characterized This city located on the southern coast of Oman?

The fall of Salalah begins with the beginning of summer

The autumn of Salalah is a locally common term, called the period when the monsoon winds blow, laden with mist and light rain, which contribute to low temperatures, and fog envelops the plateaus, colorizes nature, and sweeps the green plains, in an imaginary scene. The “Salalah Autumn” usually extends from mid-June to the end of September, which is an important attraction, especially for the residents of the Arab region who experience hot weather in the summer.

Every year, the famous Salalah Tourism Festival is held in the city, which includes a family shopping village, an electric and aerial games area, a heritage village, restaurants and exhibitions. It is characterized by its musical and cultural performances, and includes live performances of Omani art, local folk dances and traditional arts, in addition to lively concerts and sports performances. This festivity usually runs from July 11 to August 22!

The geographical location of the Sultanate of Oman in the Arabian Peninsula is one of the most important factors that push Arab tourists to book a ticket in order to spend a special tourist vacation without having to fly in the plane for long hours.

Tourism in Salalah and the most prominent tourist places in it

On the eastern side of the Dhofar mountain range, you can find Jabal Samhan, whose highest peak rises 2,100 meters above sea level. It is an ideal place to watch the clouds and enjoy the breathtaking view.

Dhofar Governorate is the source of Omani frankincense. Go to the Al Hosn market, also known as the Haffa market, a traditional market surrounded by coconut trees, and abounding with many products, including various traditional textiles, traditional clothing, and gold and silver jewellery.

Do not forget to visit Qasr Al Hosn, which is the most important royal palace and witnessed the beginnings of change and the emergence of the contemporary Omani renaissance in 1970.

Among the blessings of Salalah lavished upon it, amazing beaches with turquoise waters, fine sands and remarkable cleanliness, and this is all that a tourist longs for in the summer! There are many beaches that you can visit in the city, but be sure to head to Mughsail Beach, which is one of the most important beaches around the world. The beach is distinguished by the rocky mountains that surround it, the huge stone blocks carved by the tidal processes, and the natural fountains. It contains coral reefs, marine plants and algae that are worth seeing. In addition, the beach is equipped with restrooms and family sessions in the form of fully equipped stone huts for barbecues, and is an ideal place for sports enthusiasts of all kinds.
In turn, Al-Fazayeh Beach, with its white sand and scattered rocks, is an important destination for sea lovers. As for Al-Dhariz sandy beach, decorated with coconut trees, it welcomes you in the summer to live the best times.

One of the best things that the Khareef season has to offer in Salalah is the flow of beautiful waterfalls that invite you to explore, including Ain Tobruk Waterfalls, Raysut Waterfalls, and Ain Athum Waterfalls. Wadi Darbat is one of the most beautiful and charming natural areas in Salalah, as it contains a number of waterfalls, lakes, mountains, caves and natural springs combined in one place, along with natural parks covered with trees and green spaces.

The ancient city of Samharam and its famous port, which dates back to the first millennium BC, and which was the link between Dhofar and the outside world, is one of the most important tourist attractions in the Sultanate of Oman. It is said that the Omani frankincense trade destined for (Bilqis), the Queen of Sheba, was loaded from the port of Samharam. In this place you will find a number of manuscripts, an ancient temple, coins and antiquities, all of which indicate that the city was historically connected with India, Mesopotamia and the Nile, as it constituted an important commercial center.

As for the Al Baleed archaeological site, it is a historical city built by the Mongolians in the fourth century AH of the Islamic era. It is located in one of the neighborhoods of the current city of Salalah in the Al Hafa region and remained the main city until the construction of modern Dhofar, which was drawn by Ahmed bin Muhammad Al-Habouzi in the year 620 and was named after Dhofar Al-Habouzi. The area of the ancient city of Al Baleed is six hundred and forty thousand square meters, and it is the most important archaeological Islamic city on the coast of the Arabian Sea during the Middle Ages. This city benefited from the frankincense trade, which led to its prosperity, as its trade links included the ports of China, India, Sindh, Yemen and East Africa on the one hand, Iraq and Europe from On the other hand.

Choose a quiet place in the enchanting nature of Salalah in order to live the most beautiful adventures! Experience the joy of camping to enjoy the wonderful natural ingredients, but be sure to preserve the environment and adhere to the laws and rules.