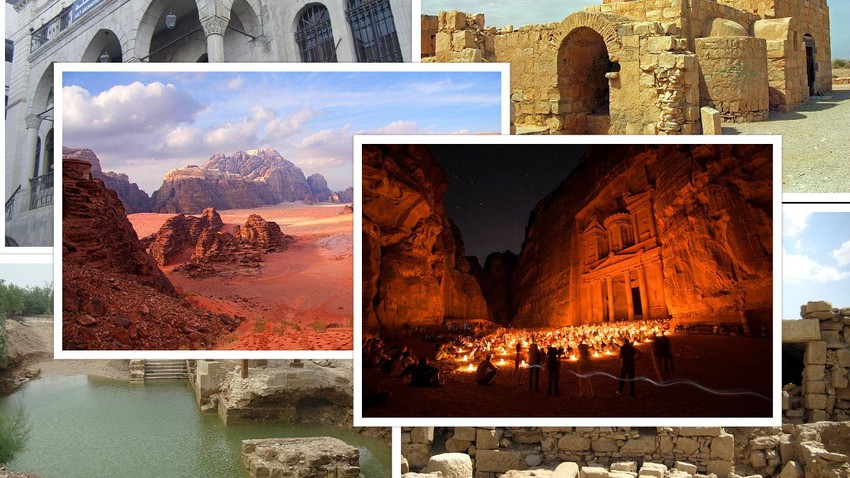 Weather of Arabia - The list of World Heritage sites includes places from the world that have a distinct universal value and importance to cultural or natural heritage, or both, and the World Heritage Committee of the United Nations Educational, Scientific and Cultural Organization (UNESCO) nominates these sites and considers their nomination file, to be included in the list of heritage sites global based on several criteria.

In 1981, Jordan took the initiative to register the Old City of Jerusalem and its walls in Palestine on the list of World Heritage Sites, and the World Heritage Committee approved the Jordanian request.

The following are the six Jordanian sites inscribed on the World Heritage List:

Petra is an ancient and historical city known for its rock-cut architecture and ancient aqueduct system. It was called in the past "goods". It was also called the "Pink City" due to the colors of its twisted rocks, and it is the "visiting card" of Jordan. For this reason, a large part of UNESCO's efforts in the field of World Heritage are directed towards the protection of this unique site. Petra is one of the most important cultural sites in the world. A map of the dangers facing Petra is currently being prepared, and this map is the basis for an improved management plan for the site being developed in cooperation with the Department of Antiquities and the Petra Antiquities Complex. 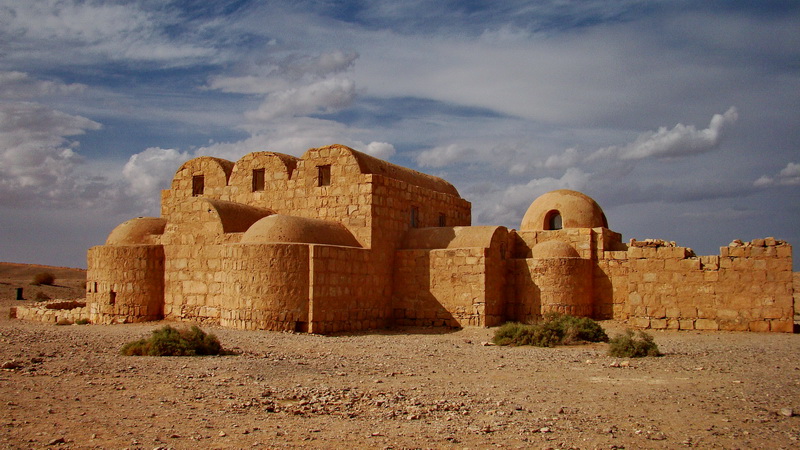 The palace was built during the reign of Caliph Al-Walid bin Abdul Malik in the eighth century AD. It was used as a fortress that includes a garrison and as a residence for the Umayyad Caliphs. Among the most prominent features of this beautiful small palace is the reception hall and the bathroom, which are richly decorated with expressive drawings. The UNESCO office in Amman cooperates with Institut Français in order to revitalize the visitor center at this site and to develop interactive games to keep young visitors entertained.

A historic city, named "Kasertun Mayfa'a" as mentioned in a Greek text within a mosaic dating back to the Umayyad period. It started as a Roman military camp and developed until it became a city during the Byzantine era and continued until the early Islamic era. There are traces of sixteen churches on the site, some of which still retain good mosaic floors. The pillars of the hermit tower (a tower where the monks used to stay in their isolation) have been consolidated. Supported by the UNESCO World Heritage Fund.

A tourist valley located in the Hasma area in southern Jordan, which is a desert area with a diverse landscape that consists of a group of narrow lanes, natural arches, steep cliffs, huge landslides and caves. The site also contains inscriptions and archaeological remains dating back to 12,000 years of human existence and its interaction with The natural environment, which is why it is included in the World Heritage List as a mixed site of nature and culture. This site shows the development of pastoral, agricultural and urban activities in the region. The UNESCO Amman office is working with the Aqaba Special Economic Zone Authority in managing this site. Thousands of rock carvings and thousands of inscriptions were found at the site.

The Baptism (according to Christianity) is the place where Jesus was baptized by John the Baptist. On July 3, 2015, the UNESCO World Heritage Committee approved the inclusion of this cultural site on the World Heritage List under the name "Baptism Site" Bethany across Jordan.