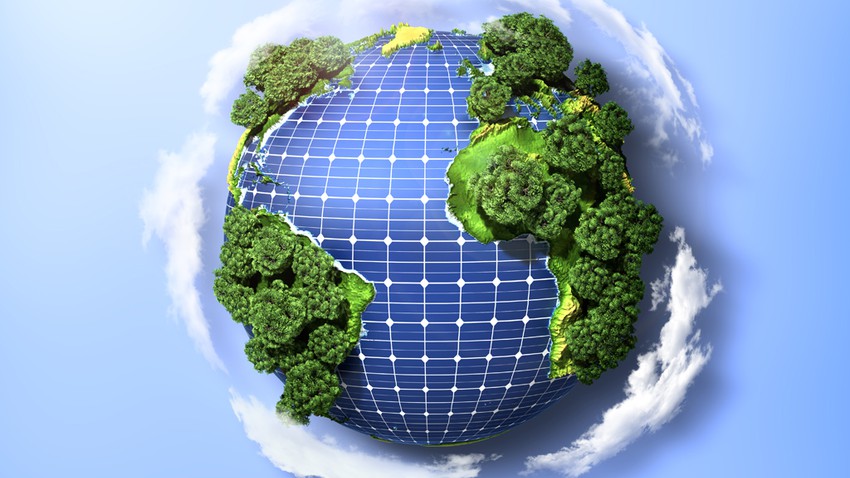 ArabiaWeather - The transition to renewable energy is now more important, as our planet relies on more sustainable practices for a safer and healthier future, and despite the presence of several types of renewable energy sources, including solar energy, wind energy, hydroelectric energy, and energy Geothermal, hydro-kinetic, and bioenergy, a German startup has made the bold decision to combine some renewable energy conversion technologies to produce electricity from a single platform.

SINN Power has developed a plate that floats on the surface of the ocean so that it takes advantage of the energy generated by the movement of ocean waves, in addition to solar and wind energy, and converts it into electrical energy, as the company wanted through this technology to combine the power of nature and technology To pave the way towards a sustainable world, it provides future generations with electric power from the largest resource on Earth, which is the oceans. 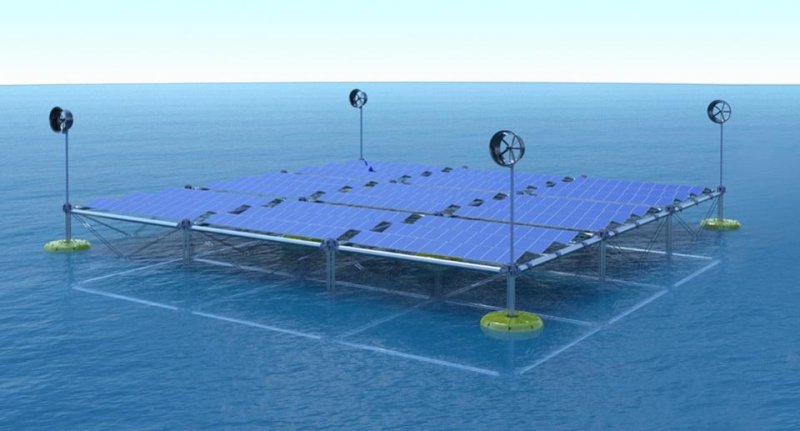 How do these floating panels work?

These panels include solar, wind and wave energy units to convert into electrical energy, as each unit contains solar cells, wind turbines, and wave energy converters, so that solar cells or wind turbines generate energy in the event that ocean waves do not produce a lot. Energy, and by doing so, these panels make full use of the surrounding environmental conditions.

The main goal of these panels is to supply electricity to islands around the world, with each panel equipped with electrical sensors that detect potential faults, making it easier to make quick repairs. 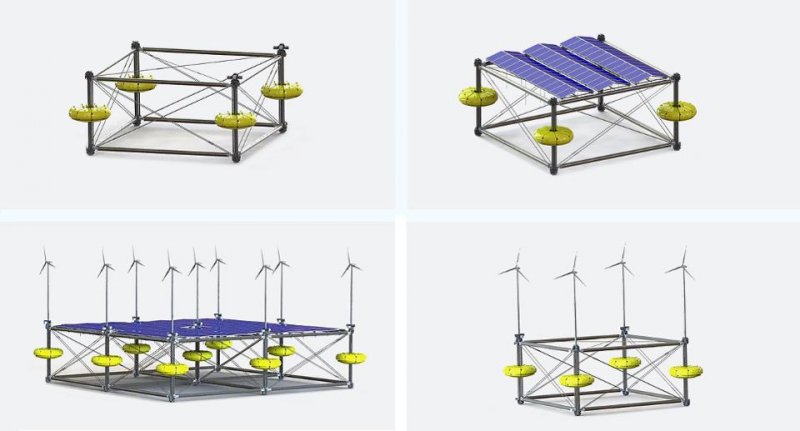 In the summer of 2020, SINN Powe, a clean energy company, demonstrated its first hybrid floating ocean platform that produces electricity from three renewable energy sources (waves, wind and sun). The floating structure is designed to withstand waves up to 6 meters high, to give coastal areas and islands solutions To get electricity from clean energy.

After years of work in the development of a strong platform and testing of power generation using the waves off the coast of the Greek island of Crete, the team now offers manufacturers photovoltaic (PV) opportunity to test Oluahhm on a floating platform in Aarcleo- Greece.

According to a statement by the CEO of the company, in which he explained that the floating platform can provide renewable energy to the island resorts in the Caribbean, and contribute to the implementation of offshore wind farms around the world, as the company provides customizable energy solutions using waves, small winds and photovoltaic energy, according to the climatic conditions in Anywhere and at competitive price compared to other proven technologies.

Despite the genius of the idea, waves, wind and sun can be powerful and destructive forces, and at the moment it is not clear how this platform will withstand tropical storms, erosion and generally harsh ocean environments over the years.

Additionally, because the technology relies on waves, it can be difficult to find the right balance of water height that can save so much energy without rocking and splitting the platform over time.

In terms of cost, wave and tidal power units are expensive compared to solar and wind energy, as investment in wave and tidal energy has been stuck for decades due to technical and financial obstacles.

And when it comes to placing these platforms in important coastal ecosystems, it is important to consider the presence of endangered organisms that depend on echolocation. Research published last year warned that if renewable marine energy devices, such as wave transducers and wind turbines, are installed, Without concern for the environmental consequences, marine life can be severely affected.

The "multi-source" floating SINN Power platform is an interesting idea, but it appears that there are still some things that need to be ironed out before it becomes a miracle solution for islands or resorts.

What if | We covered the desert with solar panels