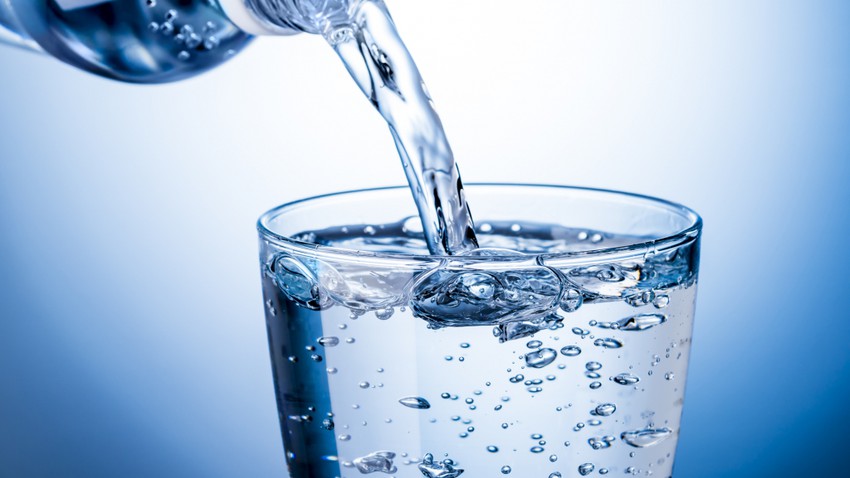 Arab Weather - Fasting for long hours in the month of Ramadan, especially in hot weather, is accompanied by the loss of a lot of fluids in the body during the day, which leads to a feeling of thirst,

Although drinking water is very basic and perhaps the most important for the human body, many people forget and neglect to drink it in Ramadan, and they are satisfied with it at breakfast only to break their fast, which causes them to feel thirsty during the day.

Water should be drunk in sufficient quantities, as it is important for every organ, tissue, and cell in the body, as it maintains body temperature, protects the brain and spinal cord, and contributes to lubricating the joints and facilitating their movement, in addition to it helps the body get rid of waste products through sweat and urine , And feces.

It is also necessary to drink small quantities of water every short period instead of drinking large quantities for Iftar and Suhoor, because most of this water is in excess of the body's need, so the college sorts it after a few hours of eating it.

The importance of drinking water

Excessive thirst, which, if not treated by drinking sufficient quantities of water between breakfast and the pre-dawn meal, to compensate for what the body loses during fasting, leads to dehydration, the symptoms of which are summarized as follows:

Monitoring the urination process is one of the most important signs indicating the state of fluids in the body, and among the signs of dehydration are:

A strategy to combat thirst in Ramadan

Food and drinks to fight thirst during Ramadan

Water : Water is the best drink to combat thirst in Ramadan, which cannot be replaced by any other drink, because other drinks may contain a lot of sugar, which prompts the individual to consume more unnecessary calories, and it may fill the stomach and delay the process Digestion, which may cause stomach pain, weight gain and bloating.
It must be pointed out that the water bottle must be closed after drinking it, because the bacteria in the air and in the mouth may be harmful and cause infection, and it is important to wash the water bottle with hot water and soap if used again and change it from time to time.

Liquids of all kinds: It is necessary to choose natural and fresh juices that contain vitamins and mineral salts, and to stay away from those that contain artificial colors and sugar.

Fresh fruits and vegetables : Vegetables and fruits contain large amounts of water and fiber, which remain for a long time in the digestive system, which reduces the feeling of hunger and thirst, and therefore it is preferable to eat them over the suhoor meal, especially cucumbers, potatoes, tomatoes, oranges, watermelon and melon.

Food and drinks to stay away from to combat thirst

Salt : Eating foods that contain large amounts of salt causes fluid retention, which increases the body's need for water, so it is advised to avoid adding a lot of salt to food, and to stay away from salty, such as pickles, for example, and it is recommended to replace salt with a little lemon.

Spices : Eating foods that contain a lot of spices and spices usually needs to drink large quantities of water after eating them, because it absorbs water from the body while eating and digesting it, which leads to a feeling of thirst, and therefore the fasting person should avoid eating these foods, and not add Much of it to food, especially for the suhoor meal.

Soft drinks : Soft drinks contain carbon that makes a person feel full and bloated, and prevents it from other drinks, so you should refrain from drinking it during the month of Ramadan, especially at breakfast.

Tips to combat thirst in Ramadan

There are many ways to relieve thirst during Ramadan, and it is recommended to follow the following tips:

You can drink many drinks that help treat thirst during Ramadan, some of these drinks are mentioned below.

Qamar al-Din is the most famous Ramadan drink in Ramadan, as it can be drunk for suhoor and breakfast as well, and it is considered a wonderful drink to break the fast, as it supplies the body with sufficient quantities of sugar to stimulate the digestive system to work, it is a dried apricot, and Qamar al-Din contains compounds that help the body to Digestion, regulates the metabolism, in addition to it contains many vitamins.

The tamarind syrup, which is one of the most popular refreshing and cold drinks, is one of the fruits of the tamarind tree, in the same way as making hibiscus syrup with the addition of water and sugar, and then drinking it after it has cooled.

Sobia syrup can be white in color, as in Egypt, or red in color, as in Saudi Arabia, and the popular sobia syrup is made by soaking rice powder for one night, then mixing it with coconut powder, milk, and sugar, and drinking cold.

The cold, nutritious julep, famous in Syria, is prepared especially from dates, grape molasses, and a little rose water, with the addition of ice and a little pine nuts.

Licorice or licorice is a popular and popular drink at all times of the year, but many people prefer to drink it in Ramadan, especially on hot days, as it is usually preserved in traditional special containers made of glass or copper, to keep it cool.

Khashaf is a fruit salad prepared from dried fruits, apricots, peaches, figs, dates and raisins, which are all boiled together, then sweetened and added to a little rose water, and served cold.

Dates and milk are the oldest recipe ever, which is prepared by cutting dates into halves and soaking them in milk or boiling them, then sweetening them with a little sugar, and serving cold.

Hibiscus tea is very useful throughout the year, but it is more drinkable during Ramadan, especially in Egypt and Sudan, and it can be served cold or hot.

Dum juice is famous in Egypt and Sudan as well. It is prepared by grinding dum fruit, boiling its powder with water, then sweetening it and serving it cold.

Carob juice is one of the most popular cold Arabic drinks served during Ramadan. It is healthy and refreshing and rich in fiber, protein, and antioxidants.

Today (500) new infections were recorded in the Kingdom, and the rate of positive tests reached 2.47%.