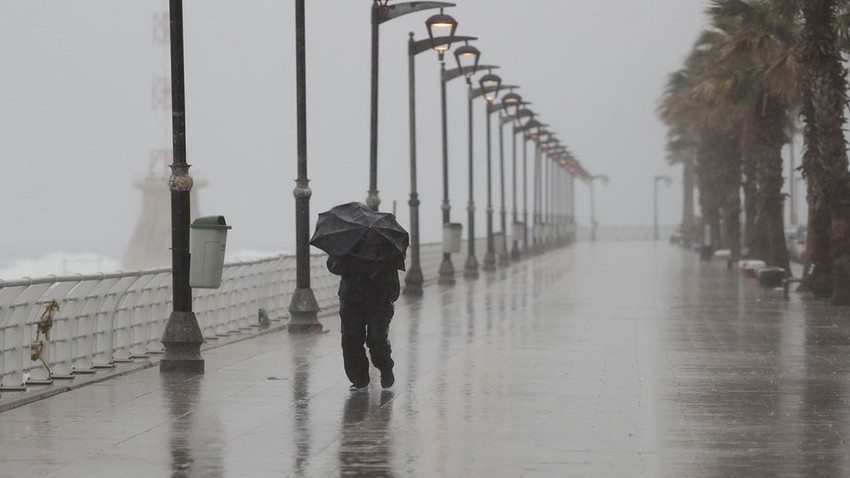 Arab Weather - Temperatures drop on Wednesday, and a relatively cold weather prevails in the mountainous heights, and warm in coastal areas, including the capital Beirut, and the winds are variable in direction and moderate in speed, sometimes active in some areas.

An air depression begins to affect Lebanon on Wednesday / Thursday evening and night!

The impact of the state of Lebanon will begin during the evening and night hours of Wednesday / Thursday with an air depression, which, God willing, will reduce temperatures and prevail in cold weather in the mountainous heights and relatively cold in the rest of the regions. In coastal areas, with alerts of torrents forming.

The increased impact of the air depression Thursday, and heavy to very heavy rain!

Temperatures drop further during the day on Thursday, and the weather will be cold to very cold in the mountainous heights and relatively cold in the rest of the regions, with the intensity of the rain slightly reduced, but "God willing" it is expected that the rains will intensify again in the Thursday evening hours, when rain falls Abundant in all regions, but it is very abundant sometimes in some parts, which requires attention from the risk of strong torrents and floods in some areas.

After the snow melts from the mountainous heights in Lebanon, especially Jabal al-Sheikh, it is expected that the mountain heights will return to the white robe, as a result of the expectations of high-intensity snowfall over the mountains of Lebanon during the next air depression, God willing, with its accumulation in a way that hinders the manifestations of public life.

The expected air depression is accompanied by active southwesterly winds, accompanied by strong gusts, especially on the coastal areas, which will disturb the sea waves and their rise clearly on the Lebanese shores.