Levant | A hot air mass whose effects begin on Friday and intensify on Saturday .. Details and recommendations 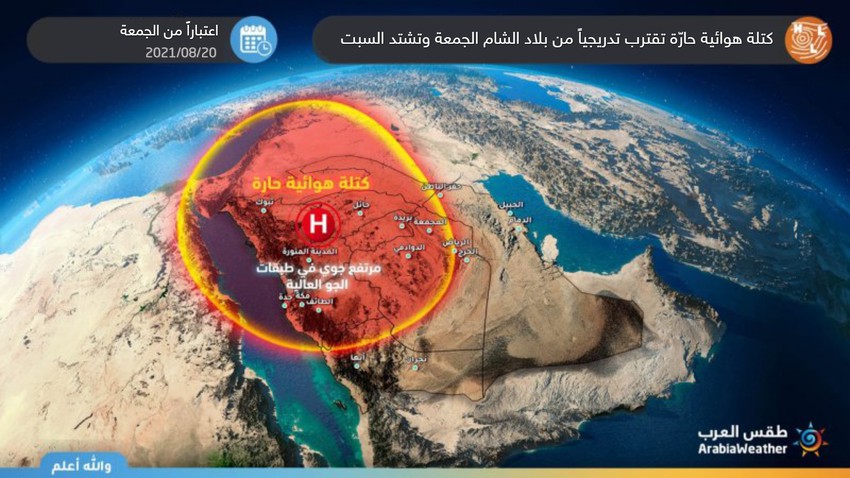 Arab Weather - Weather updates still indicate that the Kingdom is affected, as of Friday, by a hot air mass coming from the Arabian Peninsula, where temperatures rise significantly in all regions, and its impact is expected to increase and deepen on Saturday, causing hot and exhausting weather in all cities and governorates. Levant, God willing.

A hot air mass is gradually rushing towards the area

In the details, the temperatures begin to rise from Friday, and continue to rise on Saturday, so that the temperatures become around the mid-thirties in all the mountainous highlands, to become higher than their rates for this time of the year, and hot weather prevails in most areas, while the weather is severe. The heat is in the lowlands and the desert, and the temperature rises at night to bid farewell to the pleasant nights that the Kingdom experienced during the last period, so that moderate to warm weather prevails in all regions. 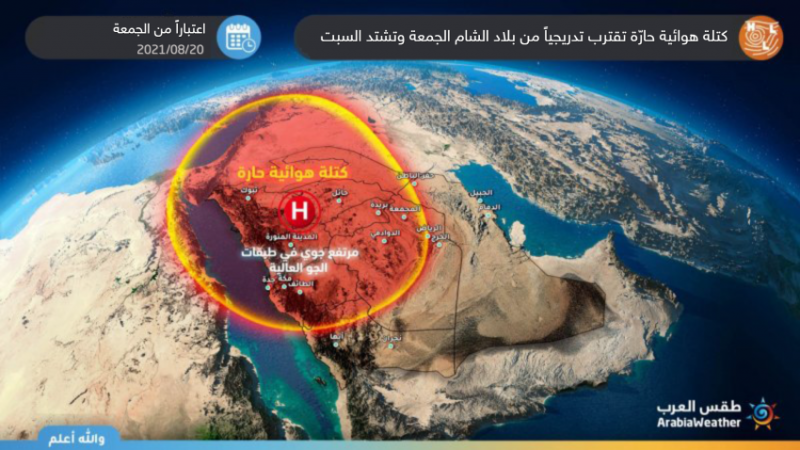 In contrast to expectations of a rise in temperatures, but it is not expected to rise to the so-called heat wave, as expectations indicate that the temperature will not rise much above its rates, and in order for it to become a heat wave, the temperature must at least exceed its general rates by five degrees Celsius or more, and for a period of three Continuous days at least and over a wide geographical area.