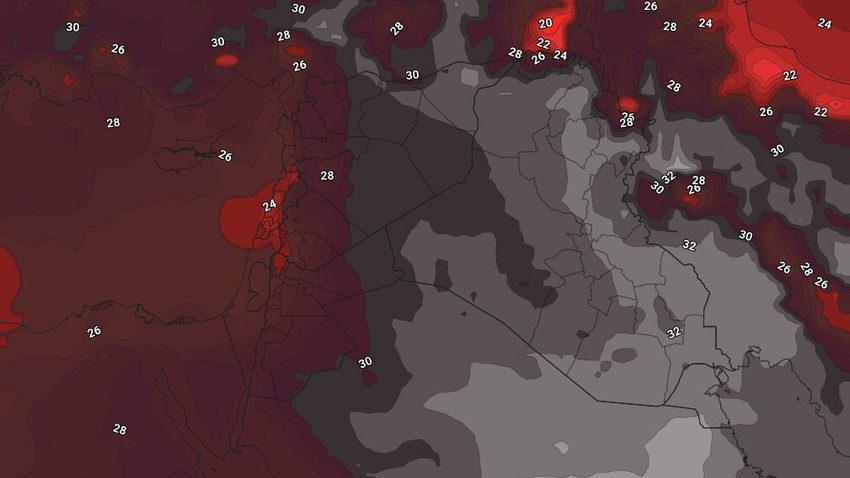 Weather of Arabia - Weather updates still indicate an expected continuation of a hot air mass coming from the Arabian Peninsula in control of all regions of the Levant during the coming days, as temperatures are recorded in the mid-thirties in most mountainous areas, which causes a hot and exhausting atmosphere in all cities And the provinces of the Levant, God willing.

In the details, it is expected that the Levant will continue to be affected by an extension of an air mass from the desert of the Arabian Peninsula, coinciding with the rush of southwestern currents in the middle and high layers of the atmosphere, which ensures the continuation of the hot and exhausting weather in all regions, so that temperatures are recorded at a higher rate than their rates for this time. Of the year, hot weather prevails in the mountainous and coastal highlands and very hot in the rest of the regions, and some clouds appear at medium altitudes in the Badia of Jordan and large parts of Syria, especially the eastern ones, which may lead to local showers of rain. 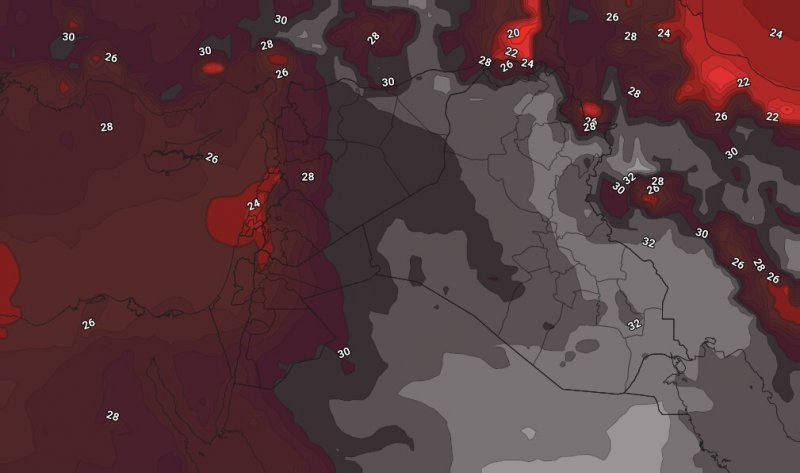 During the night hours, the weather continues to be warmer than usual, as the weather is generally warm in most areas, while it tends to heat in low areas, and the winds are generally moderate in speed, coinciding with high levels of surface humidity in the western mountain slopes of the Levant, which may It creates a fine mist.

- How the Mediterranean controls the world around it!

When reviewing the expected temperatures in Al-Quds Al-Sharif, for example, for the next five days, it is not expected that there will be a significant change in temperatures during the coming days, so that it will be around the mid-thirties in the mountainous heights, while the temperature will be forty in the lowlands and the Badia regions so that very hot and exhausting weather prevails in those areas.

Jordanian Health: 1042 injuries and 6 new deaths from the Corona epidemic - may God have mercy on them all