Levant | Alert from the peak of the impact of the heat mass on the region on Monday, and the temperature touches 40 degrees Celsius in many areas 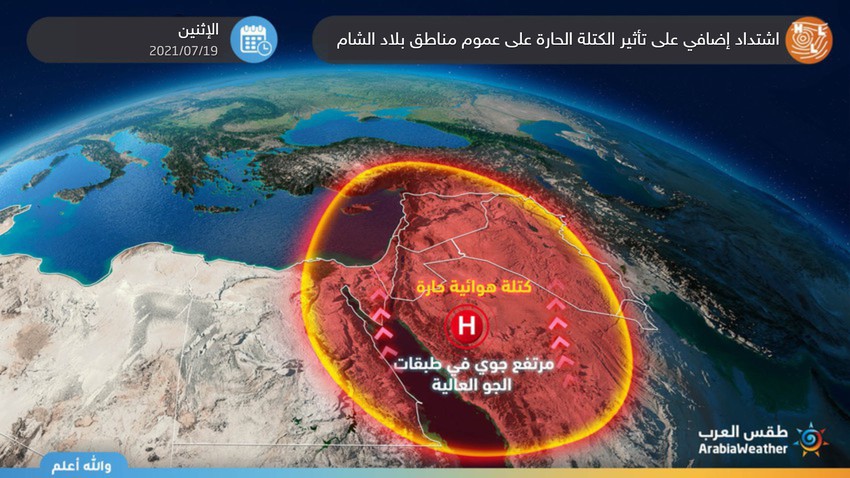 Additional intensification of the effect of the hot mass Monday

In the details, it is expected that there will be another rise in temperatures on Monday, so that they will become much higher than their rates for this time of the year, and the weather will be generally hot and dry in most areas, and temperatures will be between 37-40 degrees Celsius in many villages and cities of the country. Levant, including the capital Amman, Al-Quds Al-Sharif and Damascus, while it is more moderate in the coastal areas, especially Beirut, and temperatures approach 45 degrees Celsius in some areas of the Jordan Valley and desert areas, and the winds are northwest to moderate in speed, active sometimes and may be Dust and dirt repellent. 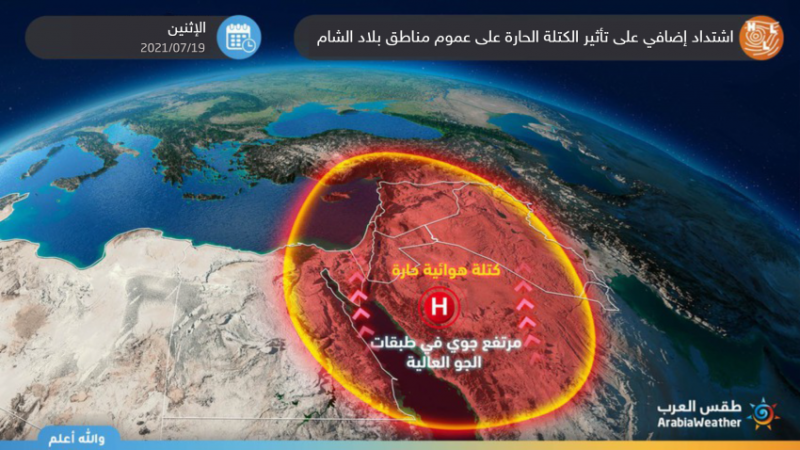 At night, the temperatures continue to be high compared to those that prevailed during the past days, and the weather is generally warm in most areas, while it tends to heat in low areas, and the winds are generally moderate, coinciding with the high levels of surface humidity in the western mountain slopes of the country. Sham, which may lead to the formation of light fog.

Given the expected intensification of the hot mass on Monday, there are a set of important recommendations that must be taken seriously in dealing with such an atmosphere, summarized in the following points:

- video | A strong sandstorm hits Riyadh, and the horizontal visibility is close to zero!