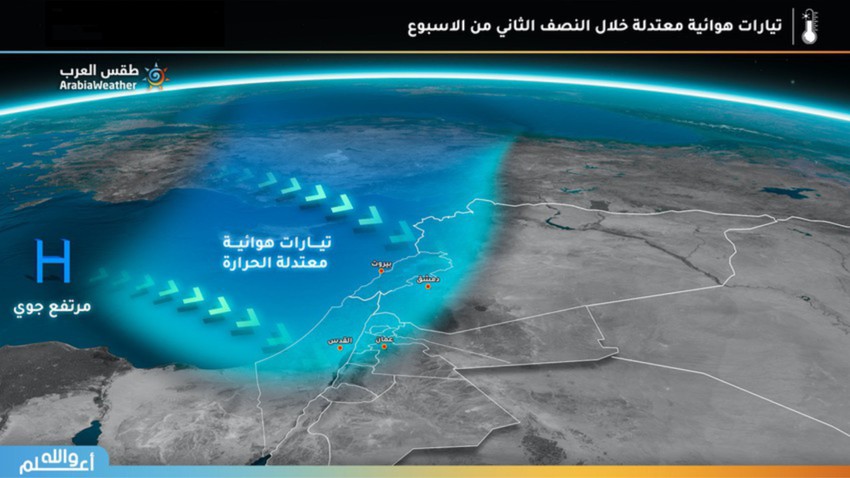 Arab weather - The cities of the Levant live on the reality of summer and temperate climates, so that temperatures are recorded in the twentieth century in most regions, this comes as a result of the distribution of weather systems, which is in the interest of the region, where an air high with a strong construction is concentrated in the north of the European continent, which leads to the movement of some The cold masses are heading towards eastern Europe, which will lead to the continuation of the rush of moist sea currents originating from the Mediterranean with temperatures below normal rates towards the country.

Mild summer weather prevails on Thursday in the mountainous areas, and relatively hot in the rest of the regions, and temperatures are around below their rates for this time of the year, and the weather is often sunny, with the appearance of some scattered clouds at high altitudes, and the winds are west to northwesterly moderate. Speed, sometimes active and causing dust in the Syrian and Jordanian Badia and desert areas. 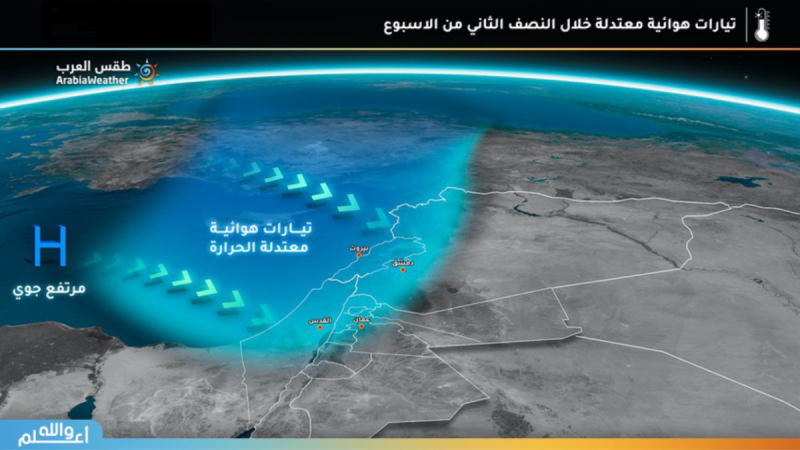 During the night hours, the weather is generally nice and humid, while it tends to be cold during the late night, especially in the mountainous areas and the plains. Humidity levels rise, low clouds appear, and light fog forms in the western interior regions of Syria and Palestine.

There is no significant change in temperatures during the weekend, while remaining below their annual rates for this time of the year, and the atmosphere is suitable for going out during daylight hours, taking into account avoiding direct exposure to sunlight during the afternoon and afternoon and drinking a lot of fluids, as it prevails at night. Nice to cold weather, especially in the mountains and plains, and calls for a light coat.

According to medium-range weather maps, it is not expected that there will be a significant change in the air systems during the coming period, as it is expected that the temperate air will continue to flow east of the European continent to the Levant amid the absence of the extension of hot air masses from the Arabian Peninsula towards our region.

Weather condition and expected temperatures in the capitals of the Levant on Thursday 3-06-2021:

The percentage of positive tests reached (5.29%), and today (1473) new cases of the Corona epidemic were recorded.. Details of the daily statistics inside