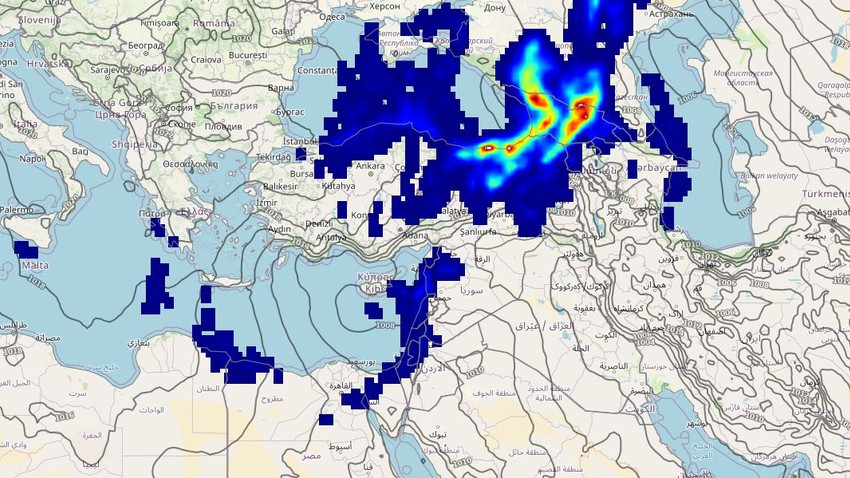 Arab weather - The regions of the eastern basin of the Mediterranean, including the Levant, are affected, on Wednesday night / Thursday and during the day of Thursday, by an extension of an air depression accompanied by a sharp drop in temperatures and a rise in humidity, the appearance of low clouds and some rainfall in many areas, and then the details :

Significant decrease in temperature and activity in wind speed

Thursday is the actual start of the depression

In the details, the Levant, God willing, is affected by humid western currents on Wednesday evening, working to raise humidity levels and the appearance of quantities of low clouds, which would increase the intensity of cold at night, while the actual beginning of the depression begins on Thursday, bringing temperatures down significantly to become Below their normal rates in all regions, so that mild autumn weather prevails in the mountainous heights, and the westerly winds are active to southwesterly with gusts exceeding the 60 km/hour barrier, as a result of which the dust concentration in the atmosphere rises, and the opportunity is prepared for sporadic showers of rain on the coastal areas From Syria and Lebanon, it extends to a limited extent to the interior of them. 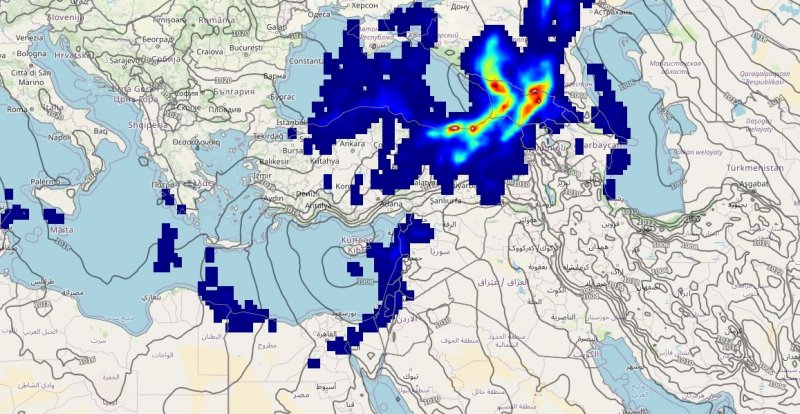 During the night hours, the night temperatures decrease compared to the previous nights, and the weather tends to be cold in the mountains and plains, especially during the late night hours, and warm in the Jordan Valley, the Dead Sea and Aqaba, and the surface humidity levels rise, and low clouds appear in the mountainous heights, in the form of fog in the peaks Mountainous and easy, and there is an opportunity for some rain clouds to extend towards limited parts of Palestine and Jordan in the form of scattered rain.

It is expected that the rains will be heavy in some geographical areas in Syria and Lebanon, but the rains that will be weak in Palestine and Jordan, and the effects in Jordan and Palestine will be in the form of cold and partly cloudy atmospheres with an opportunity for light showers of rain, God willing, in narrow geographical areas from the northern and central regions. With Thursday/Friday night hours and dawn and Friday morning, as well as the case, fog may form in the higher mountainous heights.

Weather condition and expected temperatures in the capitals of the Levant on Thursday 09-23-2021: