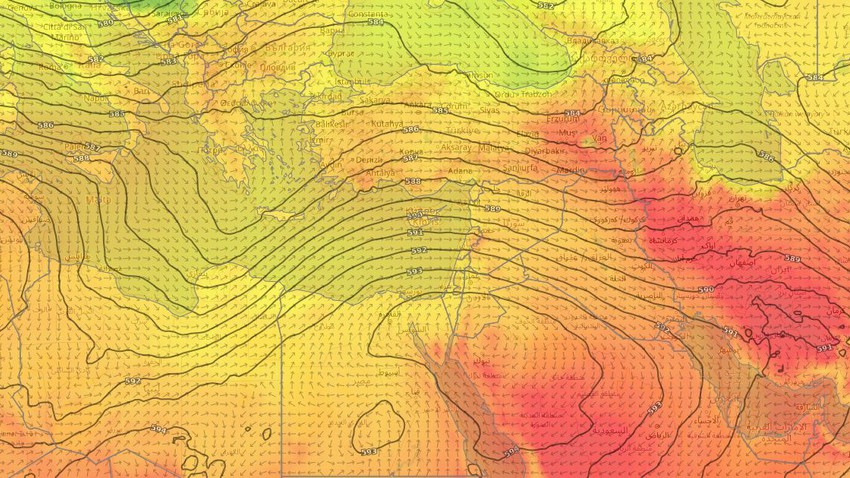 Arab weather - The cities of the Levant live in the reality of the normal summer weather, this comes as a result of the continuous rush of moist sea currents originating from the Mediterranean with temperatures below normal rates towards the country of the region, this atmosphere is expected to continue on Wednesday and Thursday, provided that temperatures begin to rise as of From Friday, God willing, and here are the details:

Normal summer weather in most areas

In the details, the temperatures continue to be slightly below their averages for this time of the year on Wednesday and Thursday, and the weather is relatively hot in the coastal and mountainous highlands with temperatures in the early thirties Celsius in most areas, while the weather is hot in the low areas, and winds blow Western to northwesterly moderate speed, active in the afternoon hours and works to raise dust and dust in desert areas. 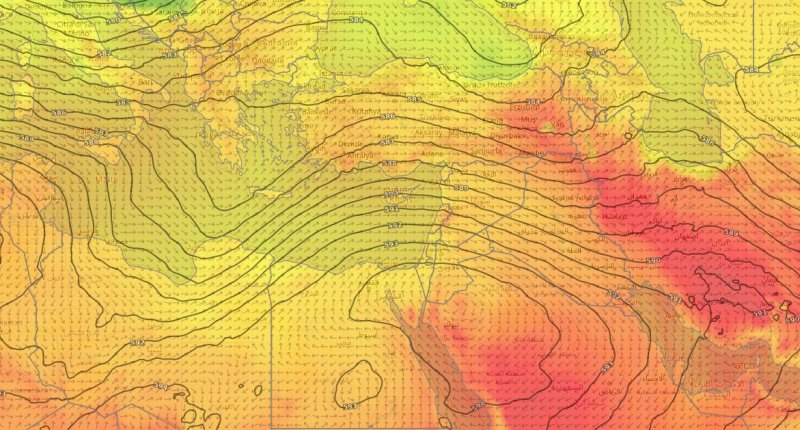 During the night hours, the weather is generally pleasant in the mountainous areas and the plains, while it tends to be cold with the late night hours. Humidity levels rise, and quantities of low clouds appear in the morning in parts of the western mountain slopes of Syria, Palestine, Jordan and southern Lebanon.

According to medium-range weather maps, it is expected that temperatures will tend to rise again from Friday to return to normal levels in all regions, God willing, amid a complete absence of heat waves in the region.

Weather condition and expected temperatures in the capitals of the Levant on Wednesday 18-08-2021: