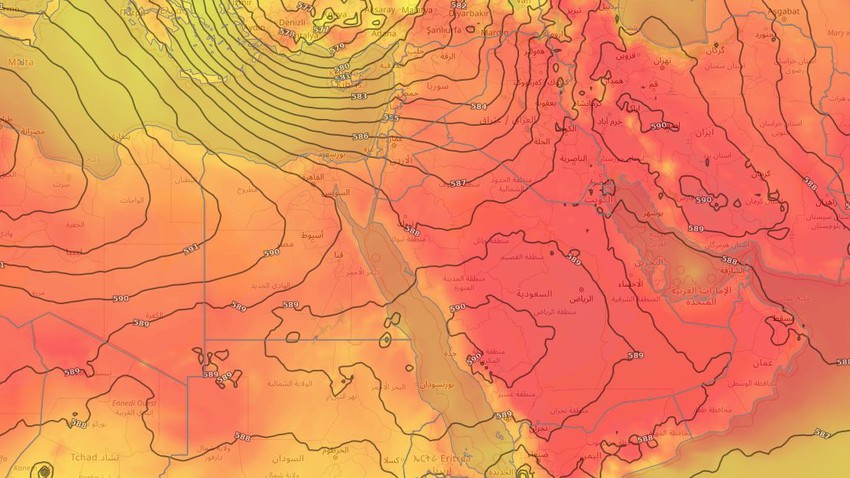 Weather of Arabia - Weather updates still indicate an expected continuation of a hot air mass coming from the Arabian Peninsula over the whole regions of the Levant at the end of the week, as temperatures are recorded in the mid-thirties in most mountainous regions, which causes a hot and exhausting atmosphere in all cities and governorates. Bilad al-Sham on Friday and Saturday, God willing, and here are the details:

In the details, it is expected that all regions of the Levant will continue to be directly affected by the hot air mass during the weekend, reaching a maximum around 40 degrees Celsius in many areas, especially the capital Damascus, while it is around the mid-thirties Celsius in Jerusalem and Amman, and lower than that. Slightly in Beirut, as the temperatures are higher than their usual rates for this time of the year, and the weather turns to become hot in most areas, especially with the noon and afternoon hours, while it is very hot in the low areas, and the hot weather is accompanied by dry weather due to the nature of the air mass With low humidity. 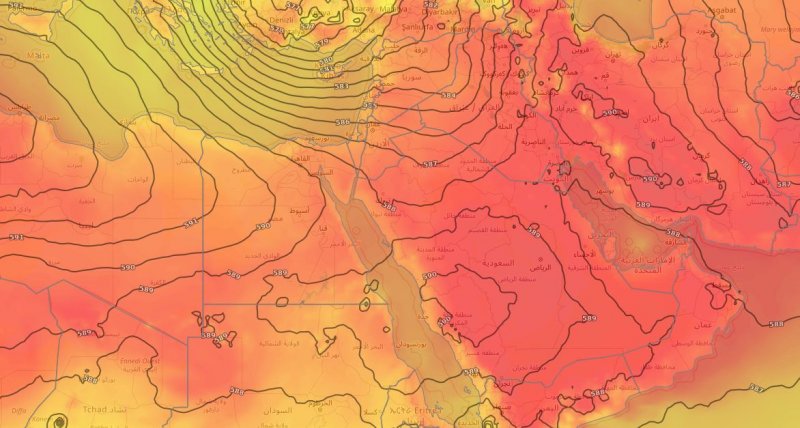 At night, there is a noticeable rise in night temperatures, and the weather is generally warm in most areas, while it tends to heat in low areas, and the winds are generally moderate in speed, coinciding with high surface humidity levels in the western mountain slopes of the Levant, which May create a fine mist.