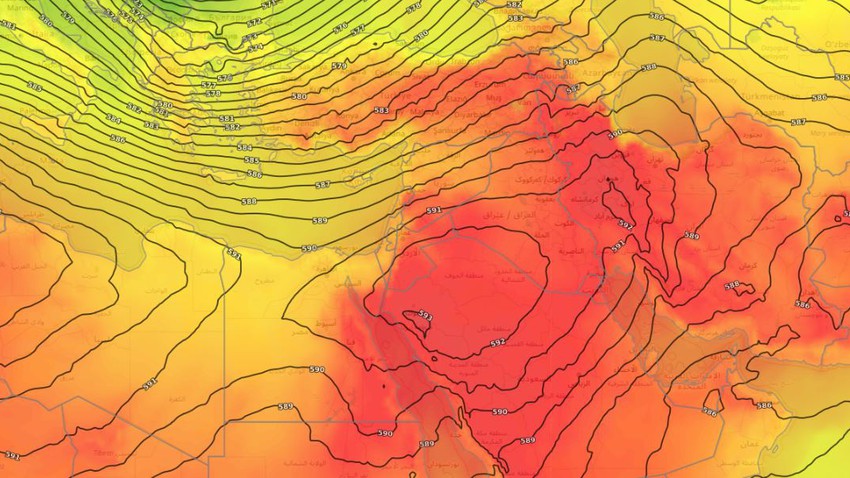 Arab Weather - The latest weather updates treated internally in Arab weather indicate an expected additional rise in temperatures on Wednesday as a result of the approach of a hot air mass to the region, so that relatively hot to hot weather prevails in various regions of the Levant, especially in the afternoon hours, provided that it begins to gradually recede. As of Thursday, God willing.

In the details, a hot air mass approaches the areas of the Arabian Peninsula so that temperatures rise from Thursday to record at the time in the mid-thirties in most regions, so that they are higher than their monthly rates, and relatively hot to hot weather prevails in various regions, especially the low and Badia regions. In general, moderate northwest winds blow. 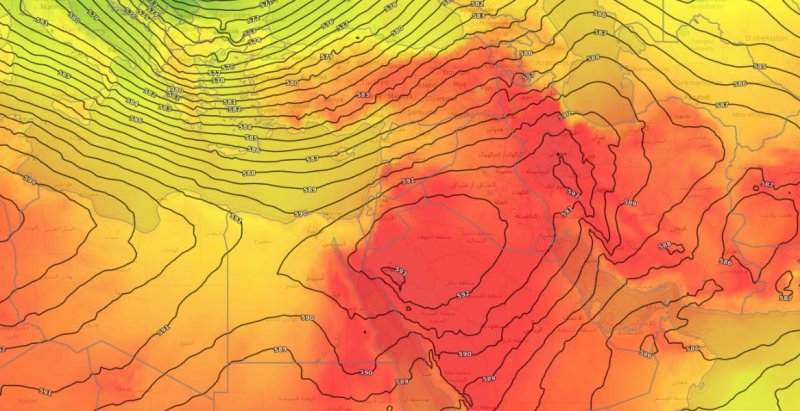 In light of this atmosphere, Arab weather recommends avoiding direct and long exposure to the sun in all areas, especially during the afternoon and afternoon hours, drinking a lot of cold and moisturizing liquids, and being careful not to leave children and infants inside closed vehicles to avoid serious health problems.

The weather forecast cadre believes that the conditions are not complete for the launch of a so-called heat wave, as it will not exceed its normal general rates by a large margin and will also be fast, provided that temperatures begin to decrease from Thursday to return to their normal rates and continue to decline during the weekend so that summer weather prevails. It is common in most of the cities and governorates of the Levant.

Weather condition and expected temperatures in the capitals of the Levant on Wednesday 1-09-2021: