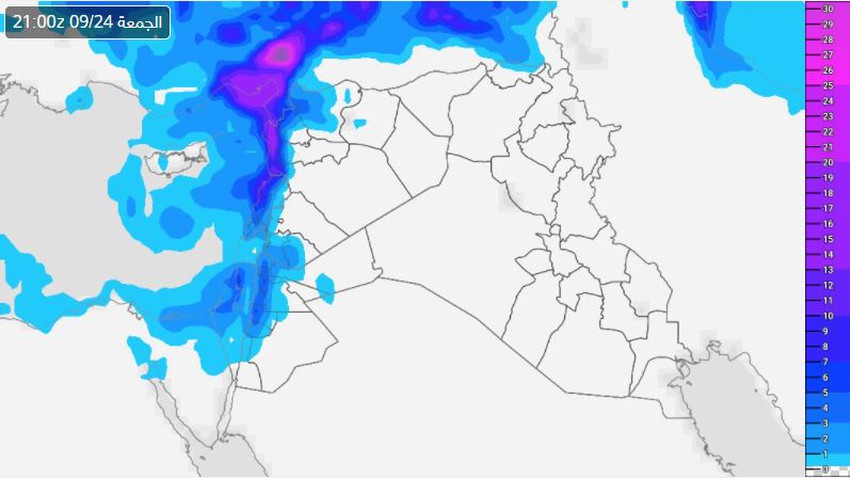 Arab Weather - The latest weather data received by the "Arab Weather" center indicates that an air depression is the first of this season that will affect the Levant, as of Thursday, as a result of a high air rush attached to a warm air mass coming from Africa so that the high simplifies its control over large parts of West, southwest and central Europe, and temperatures there rise significantly, and this coincides with a rush of a cold air mass that pushes the air rise to fall to eastern and southeastern Europe, and as a result, an air depression is formed over Turkish lands that affects the Levant on Thursday and Friday, and then the details :

The most prominent details of the expected depression on the Levant

In the details, the impact of this air depression begins with the daytime hours on Thursday in the form of a decrease in temperatures in all regions, and an activity in wind speed that is accompanied by flashes that sometimes exceed the 70 km/h barrier, which leads to high levels of dust concentration in the atmosphere and a decrease in The extent of horizontal visibility in the desert areas, and the rainfall in the coastal areas of Syria and Lebanon extends to a limited extent to parts of the western interior regions of them. 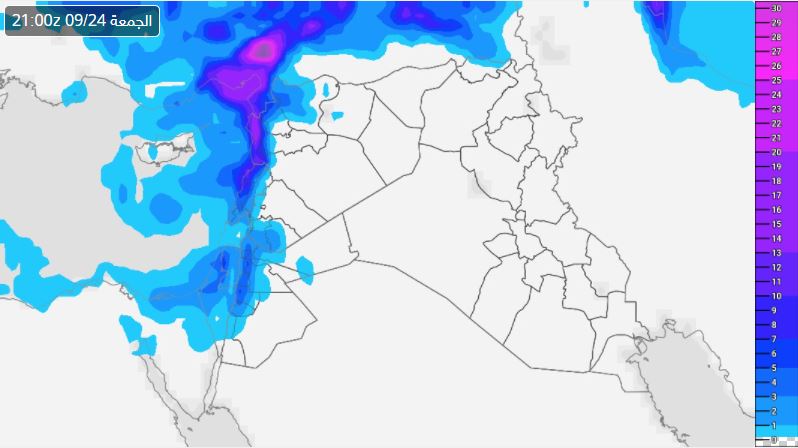 The effects of the air depression increase with the Thursday/Friday night hours, as rain is expected to continue in the coastal areas of Syria, Lebanon and some of the interior of them, and it will be heavy at intervals that may be interspersed with some thunder, with an expected extension of rain towards parts of northern, central and southern Palestine and Jordan, The rains are mostly light, sometimes intensifying to become moderate in some narrow geographical ranges, and fog is expected to form in some mountainous heights.

It is expected that temperatures will drop further on Friday in all regions, so that they become much below their rates, and the weather turns to become cold in the mountainous heights during the day, and the chance of rain remains on Friday, especially with the morning hours on parts of western Syria, Lebanon, north, central and southern Palestine. And Jordan, however, a rapid decline will occur with the hours of noon and afternoon, after the depression moves to the east, away from the atmosphere of the Levant, and the night temperatures drop so that the weather is relatively cold in most of the major cities.

To find out the temperature in your area for more than 14 days, download the Arab Weather app, from here