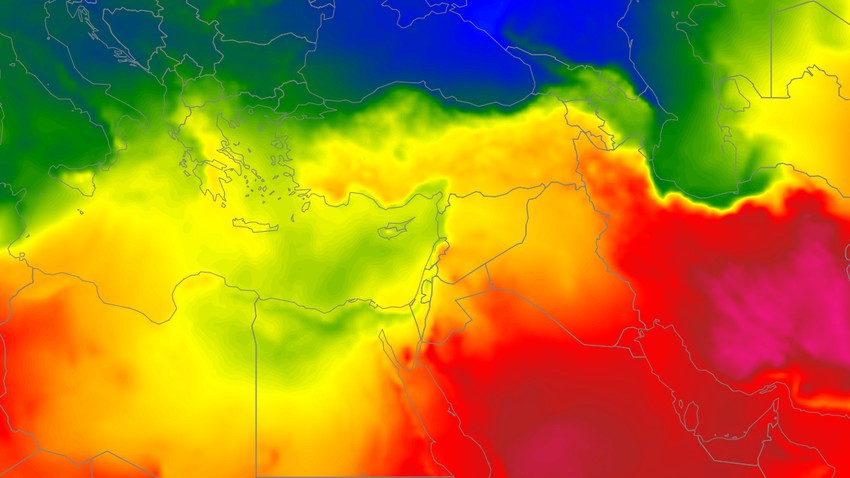 Arab weather - On Monday, the Levant will remain under the influence of mild and pleasant weather in various regions, while temperatures tend to rise gradually to become a normal summer weather with the coming days.

The weather on Monday is generally mild summer during the day, with temperatures in the range of 27-29 degrees Celsius in the mountainous heights, so that it is about slightly lower than its rates for this time of the year. May work to raise some light dust on the Syrian and Jordanian Badia. 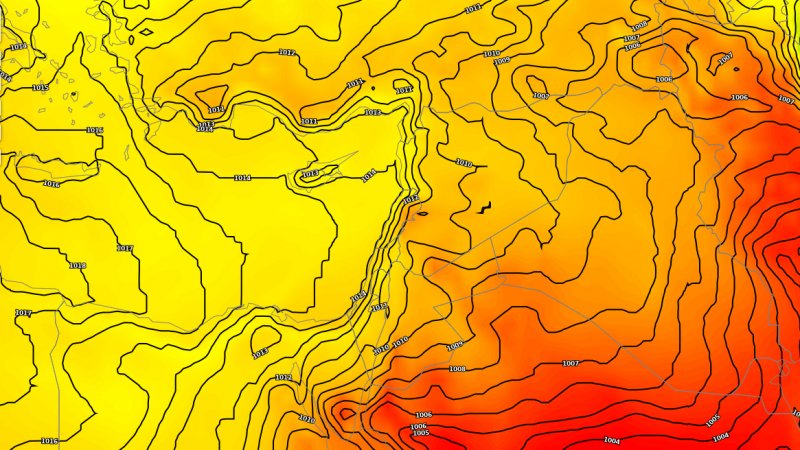 During the night hours, the weather is pleasant in all regions, while it tends to be cold over the high mountains and plains with the late night hours. Humidity levels rise and light fog forms in parts of the western mountain slopes of Palestine and Syria.

When moving to talk about the atmosphere in the coming days, it is expected that the Levant region will continue to be affected by a generally mild to normal summer atmosphere, punctuated by some fluctuations in temperature on some days, as it rises sometimes and decreases at other times while remaining close to its rates, due to the continuing conflict between the air The hottest coming from the south, with air masses rushing across eastern Europe and Turkey towards the region.