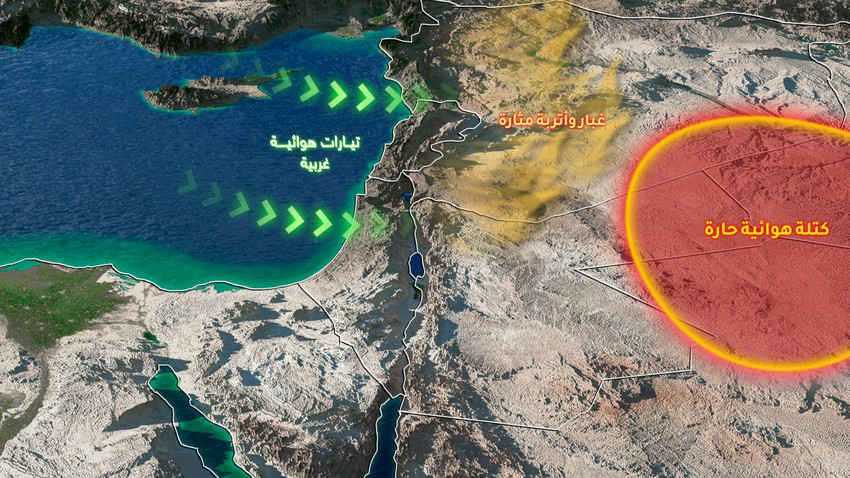 Weather of Arabia - The latest treated weather updates indicate that the Levant continues to be affected by the extension of a moderately hot air mass during the current week, which means the prevalence of a normal summer atmosphere without any expectations of a heatwave rush in the region, with temperatures considered around to less than their normal rates for such a time from general.

The temperatures rise slightly on Thursday, so the weather returns to become normal summer in most areas, and the temperatures are around their rates for this time of the year, and temperatures are in the range of 29-31 degrees Celsius in the mountainous heights and in the mid-thirties in the rest of the regions, and northwest winds blow It is active with the noon and afternoon hours, as it works to raise dust and dust in parts of Syria and Transjordan. 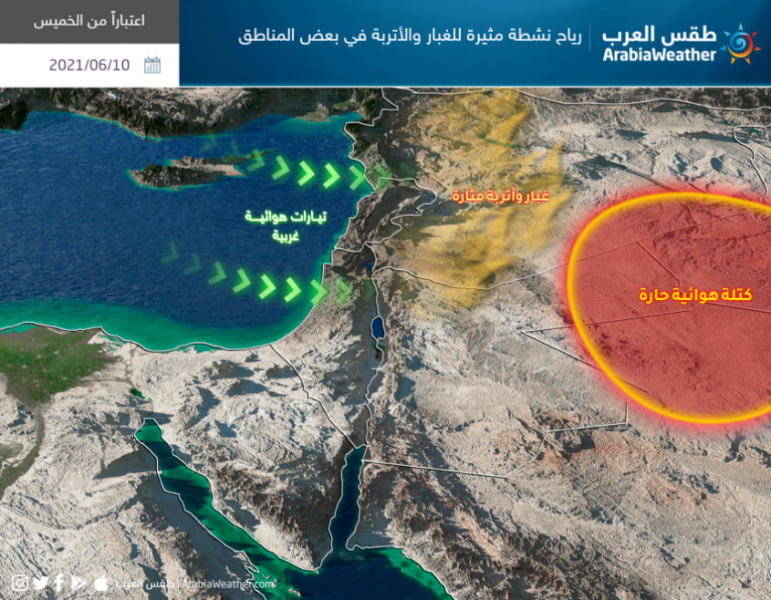 During the night hours, the weather is pleasant in all regions, while it tends to get a little cold over the high mountains and plains with the late night hours. Humidity levels also rise and light fog forms in parts of the western mountainsides of Palestine and Syria.

There is no significant change in the temperatures at the end of the week, with them remaining slightly below their averages for this time of the year, and normal summer weather prevails in various regions, and moderately fast westerly winds blow, sometimes active and causing dust in the Syrian and Jordanian Badias, while The weather generally continues to be cold during the night hours.

With the continued control of an air mass with temperatures around their normal rates, the weather is suitable for going out on trips and practicing outdoor activities with the afternoon hours, especially in mountainous areas, taking into account avoiding direct exposure to the sun directly for a long time and drinking a lot of fluids, and in the same context The weather may be dusty in limited parts of the interior of Syria, especially the eastern and southern regions, which may cause complications for respiratory patients, God forbid.

Weather condition and expected temperatures in the capitals of the Levant on Thursday 10-06-2021: