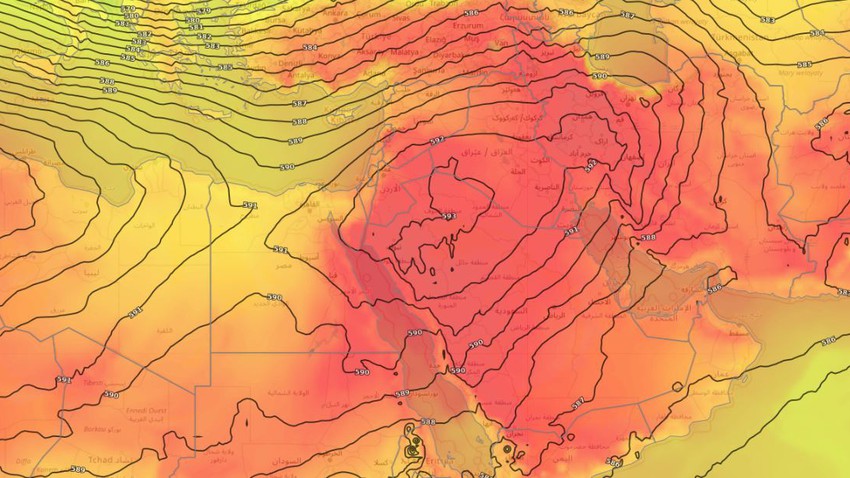 Arab weather - Weather updates still indicate a temporary decline in the effect of the hot air mass on all regions of the Levant at the beginning of the week, with the weather remaining hot in most areas, amid indications of a new rise in temperatures on Wednesday, which causes a hot and exhausting atmosphere in All cities and governorates of the Levant, God willing, and here are the details:

Temperatures continue to be above average

Regression affected by the effect of warm air mass

In the details, the effects of the hot air mass on the Levant decline during the first half of the week, with the weather remaining hot in most regions and temperatures above their average rates for this time of the year, while the extremely hot weather continues in the low and desert regions, and rates of Humidity in the atmosphere. 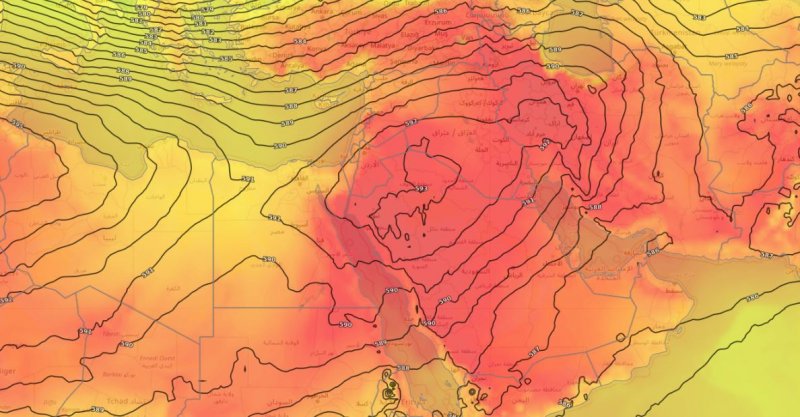 During the night hours, temperatures decrease compared to the previous nights, and the weather becomes moderate in the mountains and plains, warm in low areas, and humidity levels rise and light fog forms in the western mountain slopes of the Levant.

The dynamics of the atmosphere is represented in the distribution of air masses, of course, on the distribution of cold and warm air masses across the North Pole, which is the main source of the region through dynamic methods, which is the dominance of high air pressures over an area offset by low air pressures in another area, as with the rush of a relatively cold air mass In the middle of the old continent, which intensifies the semi-tropical atmospheric height, deepens the pressure values ​​in the thermal depressions on the Arabian Peninsula, and sometimes approaches the Levant.