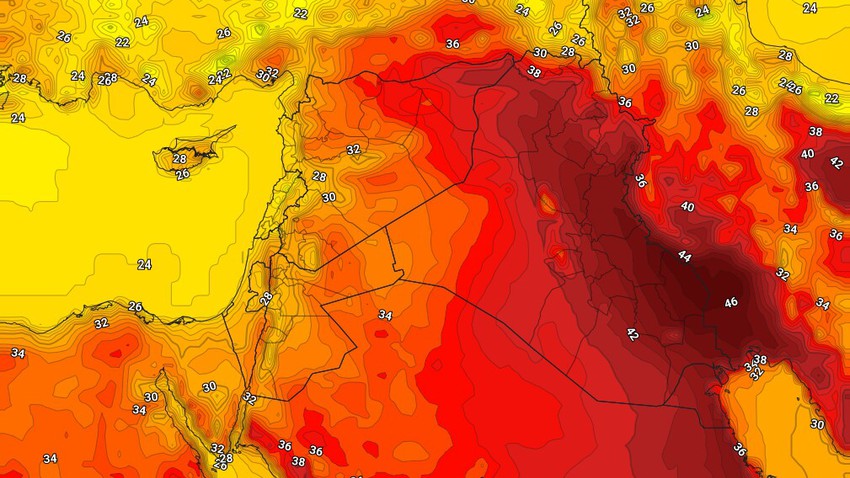 Arab weather - the whole of the Levant region lives in the reality of an atmosphere as close as possible to spring, and temperatures below their normal rates by about 5-6 degrees Celsius, due to the continued rush of sea and humid air currents from the Mediterranean, this atmosphere is expected to continue on Thursday and begin to decline during the holiday By the end of the week, temperatures will return to normal.

The whole region of the Levant continues to be affected on Thursday by the moderate air mass, as it reaches a maximum of 25-27 degrees Celsius in the mountainous heights, to be lower than its rates for this time of the year, and the winds are northwesterly to northwesterly moderate speed, active in the afternoon to work On raising dust and dust in the atmosphere in parts of Syria and the interior of the eastern Jordanian Badia. 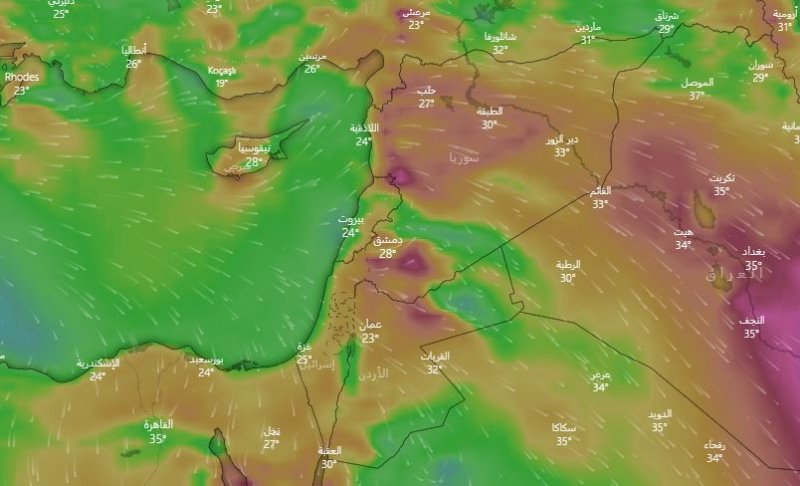 During the night hours, the weather is cold in all regions, especially over the mountainous heights and the plains, and some low clouds appear, and humidity levels rise and fog forms in parts of the mountain slopes of the Levant, especially the western ones, which are dense in some areas.

The temperature is nearing its average this weekend

And when we move to talk about the atmosphere during the weekend, it is expected that the temperature will rise, turning the atmosphere into a normal summer and temperatures around slightly less than their general rates, and in light of this atmosphere, the weather is suitable for going out on trips and practicing outdoor activities with the afternoon hours, especially in the regions Mountains, taking into account avoiding direct exposure to direct sunlight for a long time and drinking a lot of fluids. 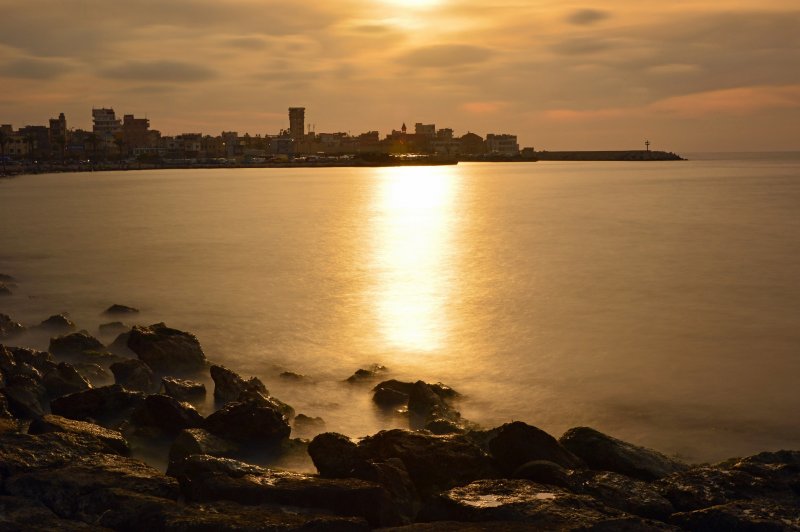 In the same context, during the night hours, the weather continues to be nice to cold in all regions, especially in the mountainous heights and the plains, so it is recommended to wear a light coat, especially with the late night hours .

Weather condition and expected temperatures in the capitals of the Levant on Thursday 06-17-2021: