Levant | Wet westerly currents accompanied by a decrease in temperatures, with showers expected in some areas in the middle of this week. 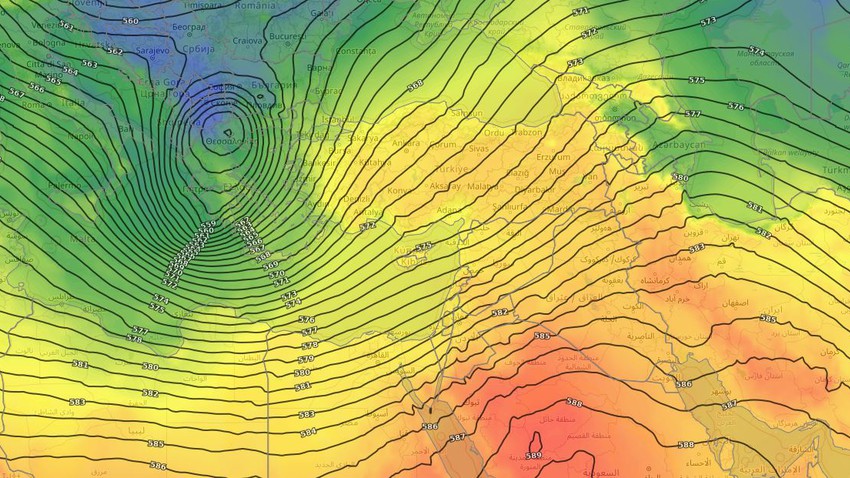 Arab weather - It is expected that there will be a decrease in temperatures as of Tuesday compared to previous days, so that active western currents blow at speed, with degrees around their usual rates for this time of the year, and wind activity in turn increases the moderation of the atmosphere, and the opportunity is gradually created with Monday evening hours of scattered showers of rain in some areas, and here are the details:

Drop in temperatures from Tuesday

Unstable weather conditions with hours on Monday evening and through Tuesday

In the details, it is expected that a moderate autumn air mass will advance over the region, bringing with it a more moderate atmosphere. Mild autumn weather will prevail in the mountainous heights, and relatively hot in the low areas. In desert and open areas. 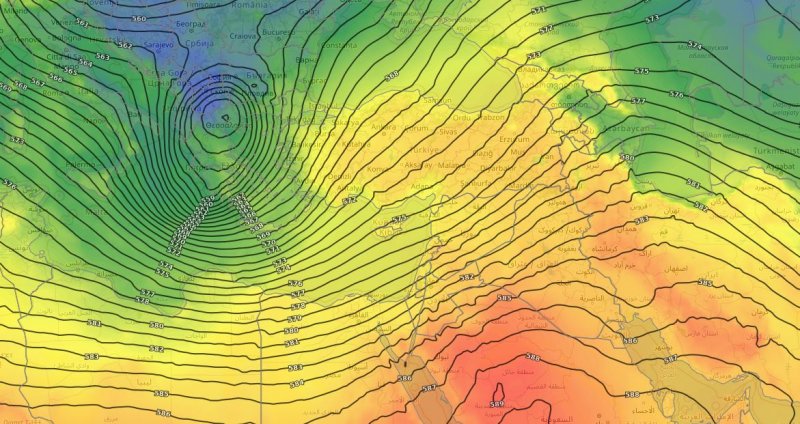 During the night hours, the night temperatures drop, and the weather tends to be cold in the mountainous heights and the plains, especially with the late night hours, and warm in the Jordan Valley, the Dead Sea and Aqaba, and the winds turn to northwest, and scattered clouds appear at medium altitudes in parts of the east and south of the Kingdom, accompanied by Scattered showers of rain in some areas.

The medium and high clouds will multiply with the hours of Monday evening, interspersed with some convective clouds over parts of Jordan and southern Palestine, and there will be a chance for some showers of rain, especially in the southern regions of Palestine and Jordan and the eastern parts of Jordan, and the chance of rain remains with the daytime hours on Tuesday, with It extends to parts of eastern and southern Syria, and locally clouds are accompanied by thunder sometimes, and the movement of dust-inducing winds is active.

Weather condition and expected temperatures in the capitals of the Levant on Tuesday 10-12-2021: