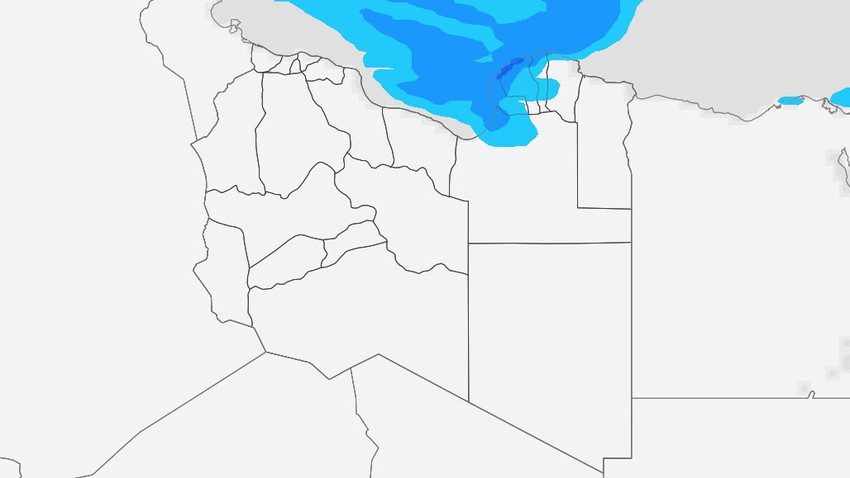 Weather of Arabia - Libya will be affected in the coming days by a cold air mass associated with an atmospheric depression that will form over the Greek islands, where temperatures drop and the weather will be relatively cold during the day, and cold at night in all regions, as clouds multiply in the northern regions and separate showers of rain will fall in some parts during In the coming days, these showers will be heavy at times, especially during the Sabbath.

Strong wind gusts of up to 80 km, causing disturbance in sea waves!

The coastal areas are blown by northwesterly to westerly winds with active speed and accompanied by strong gusts of up to 80 km / hour, which will cause disturbance and noticeable rise in the waves of the Mediterranean Sea, and a warning against approaching or standing on the beaches, especially on Saturday.