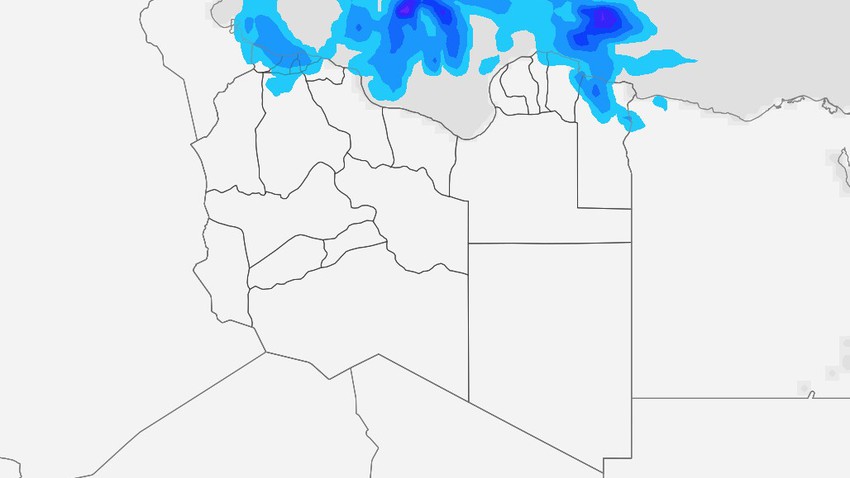 Arab Weather - The latest output of the numerical weather models processed by the Air Operations Department at the Arab Regional Weather Center indicates that Libya will continue to be affected on Tuesday by a state of atmospheric instability resulting from an air depression and a cold air mass in the upper layers of the atmosphere, which meets with a warm air mass and tropical humidity in layers lower atmosphere.

Thunder rain and hail in some areas

It is expected, God willing, that clouds will continue to appear at different heights and are accompanied by weather disturbances affecting the country, and showers of rain will fall on the northern and northwestern regions, including including the capital, Tripoli, and the coastal areas. Formation of torrential rains and rising water levels on the roads.

Active southwesterly winds and dust during the influence of thunder clouds

Westerly to southeasterly moderate winds are expected, sometimes active in parts of the states, especially the western ones, working to raise dust and dust.

Weather of Arabia: successive depressions affect the Arab Maghreb and stability dominates the atmosphere of the Arabian Peninsula