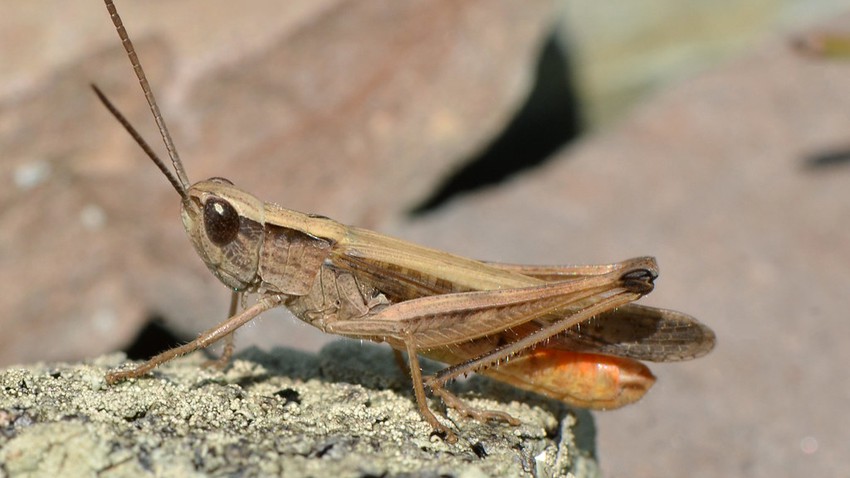 Arab Weather - The Ministry of Agriculture said, on Sunday evening, about the arrival of limited quantities of desert locusts to the Mazar area, south of Karak and Ghor Al-Safi, indicating that it "will deal with it according to the requirements of the situation and the necessary control measures."

The Ministry's media spokesman, Lawrence Al-Majali, said in a statement that "the exploration teams have been notified of the presence of some limited quantities of desert locusts in the Al-Mazar area, south of Karak and Ghor Al-Safi, and they will be dealt with according to the requirements of the situation and the necessary control measures."

Al-Majali explained that "these quantities are not fully developed and in the phase of interbreeding and migration. They do not pose a great threat to the crops. They come from the eastern border region through desert areas and in the form of sporadic groups."

"3 exploration teams have been mobilized from Karak and the Southern Mazar Brigade, and the path of those groups has been traced in the Dhahriya region, in addition to identifying the groups near the Safi Valley, and control measures will start tonight and tomorrow morning (Monday) through 7 combat teams and 6 exploration teams, and there is communication. With the armed forces for support in case of request, "according to Al-Majali.

Al-Majali pointed out to "the control action plan that the ministry is working on and is being followed up directly and around the clock by the Minister of Agriculture Khaled Al-Hanifat, and to continue the readiness, emergency and procedures for exploration and direct control until the middle of next June, and he expected the entry of quantities of locusts at any time and from different outlets." In varying quantities, it may reach swarms at times. "