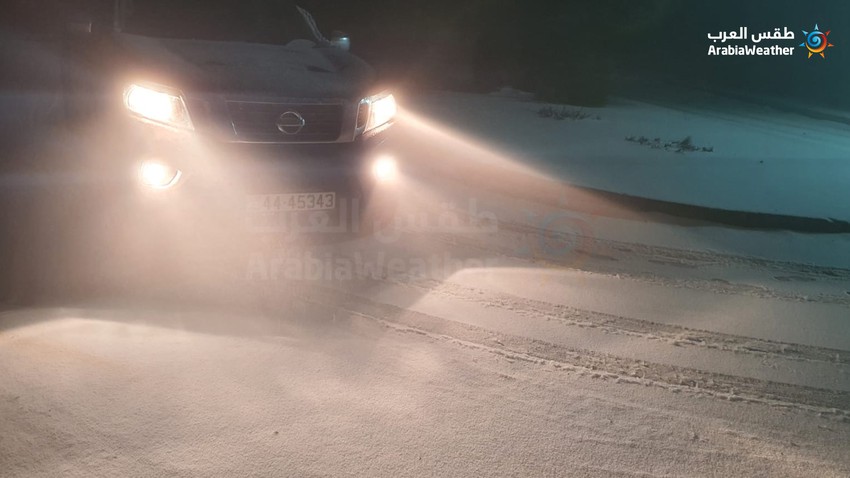 Arab weather - the southern regions of the Kingdom are still affected by snowfall, which resulted in light accumulations of snow on the roads

Tonight, it is expected that there will be a sharp and accelerated decrease in night temperatures, and soon they will become below zero Celsius in several regions of the Kingdom by midnight.

And the weather turns at the beginning of the night to become very cold and fluctuating between partly cloudy and cloudy, with showers of rain, God willing, in the south and southeast of the Kingdom and some central regions. It is not excluded that snow showers will fall on the central elevations.

Snow is also expected to fall and accumulate in the southeastern Badia regions, in addition to the peaks of the Karak Mountains and the peaks of the Shara Mountains, which include the mountain peaks in (Tafila, Shoubak, Wadi Musa, Mubarak, Ras al-Naqab, and Naimat villages all the way to the heights of Rum).

And with the midnight hours, showers of snow are likely to fall in narrow geographic ranges in random areas.

Later, chances of precipitation weaken and clouds decrease in some areas, and the weather turns to become very cold in most areas, and a strong wave of ice and freezing occurs in most areas, including external and internal roads.