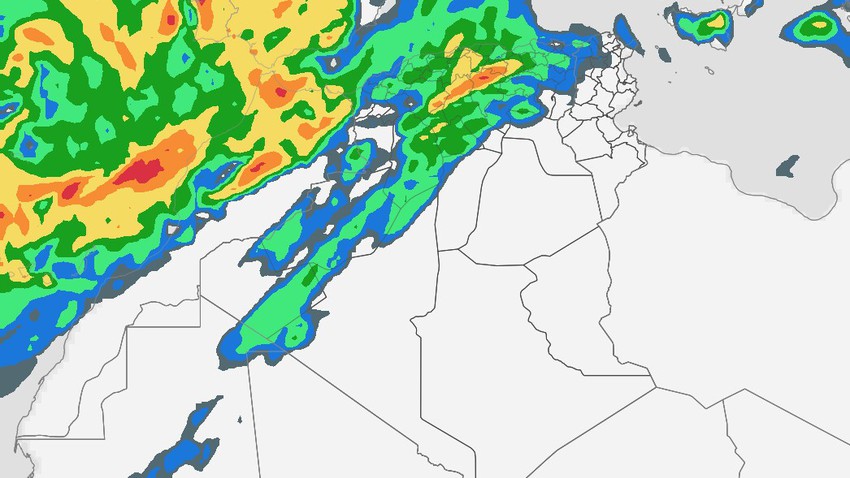 Arab weather - the outputs of numerical models through the Badr system developed in Arab weather show that several regions of Algeria and Morocco were affected by a state of instability resulting from the depth of a seasonal desert air depression over the Algerian desert, working to pump moisture from the African tropics, coinciding with the approach of A cold air mass in the upper atmosphere, which leads to thermal imbalance and the proliferation of cumulonimbus thunderstorms over many areas, God willing.

In the details, the chances of rain on the northern coast of Morocco begin with the dawn and early morning hours of Tuesday 29-03-2022, coinciding with scattered showers of rain in western Algeria, and towards the afternoon and evening hours, the rain spreads and intensifies to include large parts of the regions The northern interior of Algeria, in addition to large parts of the north of the Kingdom of Morocco. It is expected that heavy rains will occur at intervals, accompanied by lightning and thunder, and hail showers will fall in some areas. 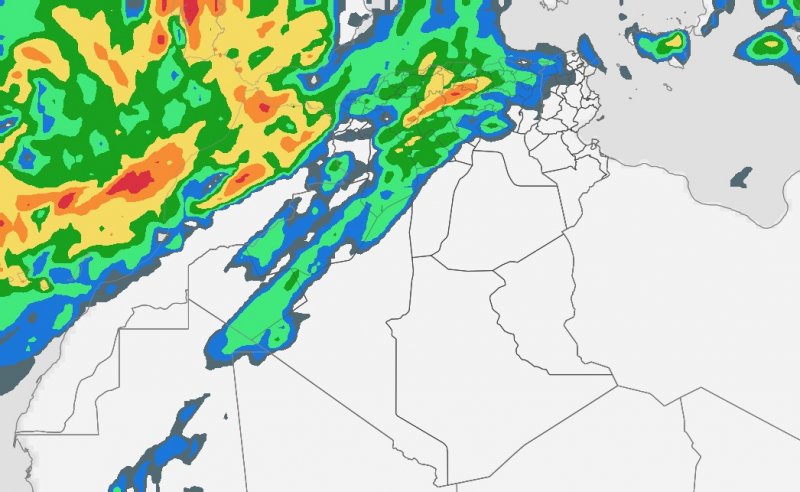 As a result of the deepening of the desert depression, the southern winds activate and are accompanied by strong gusts that sometimes exceed the 100 km/h barrier in parts of northern Algeria, leading to the formation of sandstorms, especially in western Algeria, God willing.